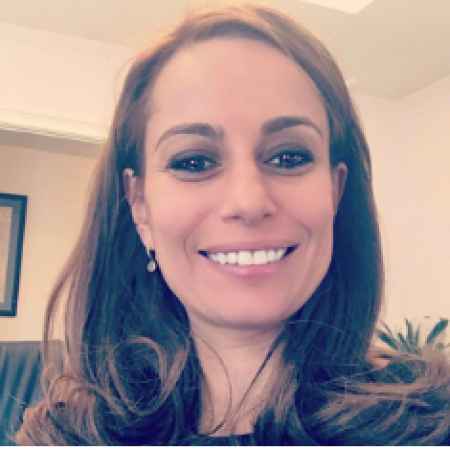 Julie Roginsky is an American TV personality and strategist for the Democratic Party. She worked as a strategist to some of the most prominent news channel. As a political analyst, she worked with some of the topmost leaders of America and earned a good experience in the field of American politics.

As per wiki, Roginsky was born on April 25, 1973, in Moscow, Russia. Father Abram and mother Tanya Goginsky were Russian dissidents of Jewish origin. She grew up with her grandparents until her parents left the erstwhile Soviet Union in 1980.

Julie lived in London and Paris prior to migrating the U.S. Roginsky. She grew up in New York and New Jersey. She completed her high school from Princeton Day School and earned her bachelors as well as masters from Boston University.

Julie's marriage or her husband is not disclosed but she has a baby boy Zachery Peter Roginsky that she gave birth in 2012. Nothing about the baby boy's lineage is known. We hope the boy gets his father love soon.

Roginsky entered politics after getting hired by Emily's List to work for the congressional campaign of Dale McCormick. She also worked for Frank Pallone which she successfully managed to overcome.

She became the first woman to manage the Democratic Coordinated Campaign of New Jersey. In 2001, Julie was assigned as a communication director for Jon Corzine prior to his election to the United State Senate.

In 2003, Roginsky established the Comprehensive Communications Group which consulted the political and public relation, some of the senators such as Cory Booker and Frank Lautenberg were her clients.

Roginsky then started appearing as a strategist on Fox News Channel in 2004. She also wrote strategies and columns for the CNBC.com.

The details regarding Julie Roginsky marital bond has been a mystery. Neither her marriage nor husband details are disclosed to the media. But she has a baby boy named, Zachery Peter Roginsky, born in 2012. However, the father of the child has been kept secret until now.

For now, Roginsky is neither married nor bonded in any kind of romantic relationship. Although the information about her dating affairs is not available, she once tweeted that she felt married to Dennis Kneale. Yet nothing is confirmed.

Roginsky became a part of sexual harassment when the former CEO of Fox News Roger Ailes allegedly offered her to have sex in order to get permanent a position on the show "The Five", she filed a lawsuit against him.

What is Julie Roginsky Net worth?

Roginsky has an estimated net worth of over $23 million. Likewise, she earns a salary of over $60 to 100k annually as per some source.

In the same way, her company is expected to give revenue of over $1 million annually. At present, Roginsky lives a rich and prosperous life. She is often seen traveling to some of the enchanting places with her friends. Mostly, she prefers beaches as a destination.

Julie has a tall figure and weighs around 58kg. She has a waist size of 26 inches. Similarly, her eye color is brown and hair color is dark brown. She comes from a Jewish ethnicity.