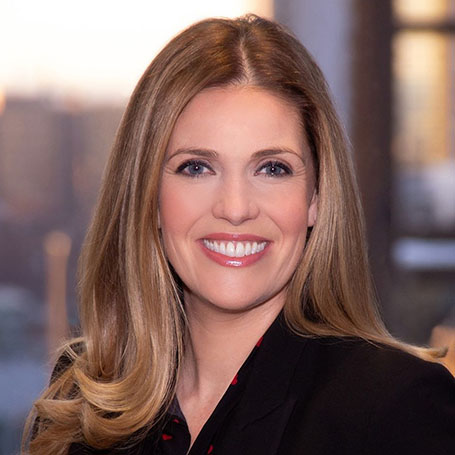 Kate is Married to Michael Tillman

Kate worked for Chicago based news station- WBBM-TV when she vowed to be Michael Tillman's partner in December 2013. Michael was her longtime boyfriend. Their wedding ceremony was intimate and private. Now, Kate no longer works for WBBM-TV.

According to Kate's social media posts, Mike is a loving husband. He always seems supportive of what Kate does. Last December, Kate, and Michael celebrated the sixth marriage anniversary. To this day, the couple seems to be each other's best friend.

Kate and Michael are Blessed with Three Kids

In December 2014, Kate and Michael welcomed their first baby boy John Michael Tillman. She was on maternity leave for three months while she was working for WBBM-Channel 2. Kate announced the birth of her first baby through her Facebook. She wrote;

Thank YOU to everyone for all your prayers, kind words, and LOVE over the past few days. My husband and I welcomed a new baby boy into the world last night . . . John Michael Tillman! We are calling him Jack . . . and feel so happy and grateful on Friday for all the blessings that led to this TGIF moment. Hope you have a wonderful weekend and thanks again for all your kindness!

John's birth was followed by two other babies. Kate and Michael love traveling with their three kids. The pair are also known to share their kids' happy moments with the public.

What Is Kate's Net Worth?

Kate probably has a net worth of more than $3 million. She is one of the highest-paid journalists and news anchors. Generally, news anchor journalist is paid an average salary of $41,500 per year. Russian TV reporter Polly Boiko has similar earnings.

Similarly, producers and TV hosts earn $68,000 and $40,000 on average per year respectively. But as an experienced TV journalist, Kate makes more than that. Kate's TO Dine For with Kate Sullivan is the most popular TV show for food lovers.

For her devotion to Journalism, she has won Emmy Award for four times. She has also been named IrishCentral's one of the Top 30 Irish Americans in Media. Till now, Kate has worked for Create, PBS, APT, WBBM-TV, WCBS-TV, KATV and WSBT-TV.