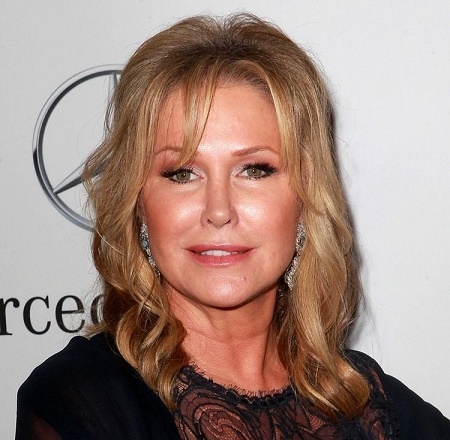 Kathy Hilton is a well-known American actress, fashion designer, philanthropist, and socialite. Her works include The World According to Paris (2011), I Want To Be a Hilton (2005), On the Air Live with Captain Midnight (1979), and The Dark 1979. Also, she is known as the mother of socialite Paris Hilton and fashion designer Nicky Hilton.

Kathleen Elizabeth Avanzino was born on 13 March 1959 in New York, New York, United States. She is the daughter of Laurence K. Avanzino and Kathleen Mary. She has five younger half-siblings including Kim Richards, Kyle Richards from her dad's side. As per her citizenship, she is American and is of mixed ethnicity.

Married for Over Four Decades

The 61 years old Kathy is a happily married woman for about 41 years. Now, she shares a strong conjual relationship with her long term partner, Richard Hilton. He is a businessman who is known as the CEO and co-founder of Hilton & Hyland.

The lovebirds first met at their private high school when Kathy was just 15 years old. Then finally the high school sweethearts tied the knot on November 24, 1979, after dating for a long time. Now, they reside in Bel Air, Los Angeles with their family.

Apar from her union, Hilton is a best friend of American singer, La Toya Jackson, 64, since high school. Also, she was a best friend of late singer-songwriter, Michael Jackson who died on June 25, 2009, of acute propofol and benzodiazepine intoxication at age 50.

Yes, you heard that correctly. From their four decades of long term married, Kathy and Richard, 64, are blessed with four mature kids.

What is Kathy Hilton's Net Worth?

As of early July 2020, Kathy Hilton has a staggering net worth of $300 million. She credits her heavy fortune to her career of working as a fashion designer, actress, businessperson, and actress. Also, she makes a million dollars money as the designer of party dresses at Kathy Hilton Collection since 2012.

Meanwhile, her spouse, Richard Hilton also shares the same assets of $300 million from his business career. As we already mentioned above, Kathy is also well known as the mother of Paris, 39, and Nicky, 36.

When it comes to Paris, her net worth is roughly $300 million as of now. Her source of income is her flourishing career as a socialite, model, actress, and entrepreneur. To date, she's earned over $2 billion in compensation from her 17 fragrances.

Whereas, her next daughter Nicky has an impressive net worth of $40 million. She made this heavy fortune from her own career as a businesswoman, fashion model, socialite, celebutante, heiress, fashion designer, and other ventures.