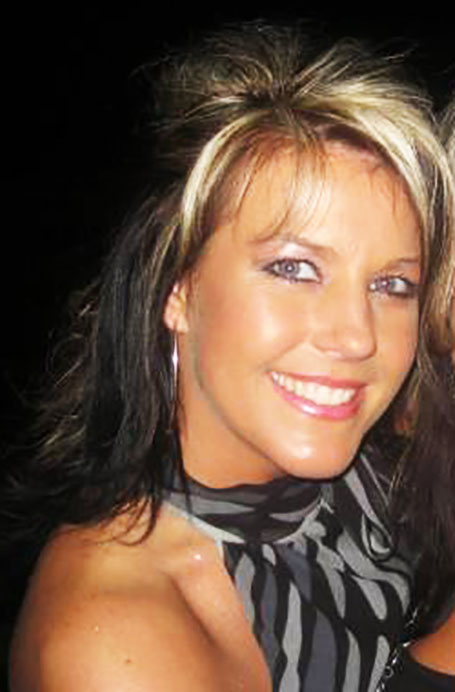 Singer Blake Shelton is a favorite name to the country music lover. He has also been on The Voice as a coach every season since it began. Blake is currently in a relationship with fellow singer Gwen Stefani. But the Austin singer was once married to Kaynette Gern.

Kaynette Gern was born around 1973 in Oklahoma, a south-central region of the United States. She is an award-winning elementary school teacher and is married to Cody Joe Scheck.

Kaynette and Blake were still high school students in Ada, Oklahoma when they first met. Therefore, they were known as each other's high school sweetheart. Their dating ended in a marriage when Blake proposed her. In a 2003 interview with CMT, Blake said;

I asked her to marry me and she said yes and it was early one morning back in December, and we ended up spending the day with some friends and kind of having a party all day and had a good time. … I got in from hunting that morning, and asked her to marry me, and we went back out hunting.

The couple's wedding ceremony was held in Gatlinburg, Tennessee on November 17, 2003. It was an intimate and small ceremony with family and close friends. They were pronounced as husband and wife in a Christian ceremony.

Shortly after the marriage nuptials, Blake was interviewed by Country Weekly. In an interview, he confessed that Kaynette was the one he was looking for.

Kaynette assisted her husband as his road manager for some years. But the pair didn't have any kids. Tilly Wood is the ex-wife of American singer and musician Jesse Wood.

Although, Kaynette's marriage with Blake was promising to many. But it was only an illusion to their breaking conjugal life. The couple didn't stay together for a long time and decided to end it. Eventually, Kaynette and Blake divorced in 2006.

Right after the separation, Kaynette moved back to her hometown Oklahoma. In her rare 2011 interviews with The Enquirer, Kaynette told how she felt Oklahoma wasn't big enough after Blake and his girlfriend Miranda Lambert moved in the city.

Back in 2014, Kaynette's Demetrios wedding gown was placed for sale on eBay. The starting price was $700 but it probably was never sold.

Kaynette moved to Kansas after her ex-husband Blake and his girlfriend moved to Oklahoma. There she met Cody Joe, who is a rodeo champion. While Blake went on to marry Miranda, Kaynette tied the nuptial knot with Cody. Cody has made a world record for steer roping.

Kaynette probably didn't like all the attention she used to pull when she was married to Blake. Therefore, she has tried her best to live a quiet life at present. She keeps herself away from media and forbids any interviews.

47-years-old Kaynette net worth can be estimated to be more than $5 million. Elementary school teachers like her earn an average salary of $45,569 per year. But as an award-winning teacher, Kaynette makes a lot more than the average.

Kaynette's ex-husband is in no hurry to tie the marital knot with his girlfriend Gwen Stefani:

Although she rarely shows off her wealth and possessions, Kaynette's life is quite luxurious.

Visit Married celeb and learn about your favorite Hollywood celebrities!!!