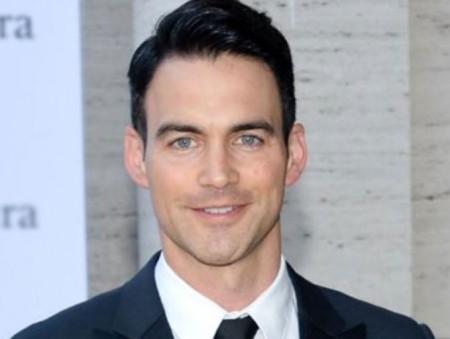 American attorney Keith Lieberthal is well known as the executive for the British strategic intelligence and advisory business, Hakluyt & Company. He is also notable for being the former senior director at Lincoln Center International for the Performing Arts.

Lieberthal was born in the United States of America and has American citizenship. He was born to his father, Kenneth Lieberthal, who is a politician. Growing up he and his brother, Geoffrey Lieberthal had access to many details of the political climate. Besides that, he is a married man. Now, let's explore more about his personal life.

American attorney, Lieberthal, is committed to a prominent actress, Julianna Margulies. The two tied the knot on 10th November 2007, in Lenox, Massachusetts. Neither Julianna nor Keith has provided many details about their wedding as it was an intimate ceremony.

During their wedding ceremony, Julianna wore a beautiful Narciso-Rodriguez gown with elbow-length gloves. On the other hand, Keith arrived in an Armani suit with a black tie and a rose on the left pocket of his suit.

How did they first Meet?

While talking with Ellen DeGeneres on her show in 2011, Julianna revealed her and Keith's first encounter. One of her agents organized a dinner party where the couple first locked eyes with each other. After some initial conversation, Julianna got impressed with Keith because of the intelligence he poses.

Margulies was tired of dating actors and was not looking for a relationship if Keith was an actor too. Thankfully, Lieberthal is a lawyer and was practicing at Wall Street at the time just like Amy Siskind. The couple shares an unbreakable bond despite Lieberthal being six-years younger than his wife.

Julianna Gave Birth to a Son

Keith and his wife, Julianna, proclaimed that they're going to welcome a baby in their life. Not a long time after the announcement, Margulies gave birth to the couple's first child. Keith welcomes his first son, Kieran Lindsay Lieberthal on 17th January 2008.

The pair do not hesitate to share their son's photos on their social media. Margulies posted a picture while enrolling at the New 42nd Street Gala on 15th May 2016. In addition to that, she frequently posts photos of her son on her Social media.

His wife, Julianna's Past Affair

Keith's spouse, Margulies, was once involved in a long-term relationship with an American actor, Ron Eldard. The couple met for the first time in an acting class in 1991 and shortly started dating afterward.

After staying in a blissful affair for more than 11 years, the two separated due to some misunderstandings in 2003. Nonetheless, their friendship is still solid as they're still good friends.

Lieberthal has a fruitful net worth of $800 Thousand as of 2019. He makes a handsome wealth from his successful career in law. According to LinkedIn, an executive at Hakluyt & Company earns $53,423. As per that information, Keith might be making a similar income at the company.

Take a look at Julianna Margulies and Keith Lieberthal's Intro

On the other hand, Keith's beloved, Julianna, maintains a massive fortune of $22 Million. Her career in movies helped her garnered such wealth. She made her debut with a role of Carol Hathaway in the romantic drama series, ER. Besides that she also appeared in the TV show, Good Wife along with Lucy Walters. The show became quite successful, and she might've received a handsome income.

Their House is Worth Millions

In October 1996, Julianna bought a house in Santa Monica, California, at the price of $1,395,000. After getting hitched with Keith, the pair settled in New York apartment. Due to which she enlisted her house for $4.5 Million in September 2008.

With no buyers to purchase, Julianna re-enlisted her house for $3,250,000 in 2010. The former house consists of six bedrooms, three bathrooms on 3,235 square feet. Also, it features a formal living room for family, designated and flourished floors, and a fireplace for camp.

The pair, furthermore, sold their Soho estate located in Manhattan, New York, for $5.75 Million, which she bought for $2.44 Million in 2004. Her home is built on 2,500 square feet, including three bedrooms and three bathrooms.

Lieberthal's wife, Margulies, wrote a book, Three Magic Balloons, with Grant Saffer and Paul Margulies on 10th May 2016. In the book, she narrates the story of childhood, where she used to play with three balloons with her sisters.