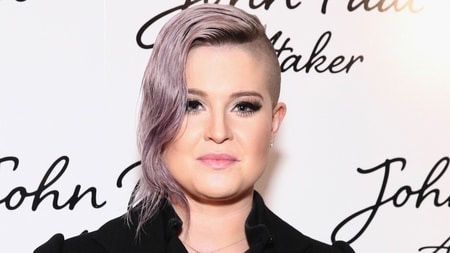 The multi-talented lady, Kelly Osbourne, is the daughter of Ozzy Osbourne and Sharon Osbourne, who are well-known faces all over the entertainment world. Kelly is a British singer, actress, TV personality, and fashion designer.

Kelly Osbourne was born on 27th October 1984, in Westminster, London, the UK under the star sign Scorpio. She holds British nationality and belongs to white ethnicity. Kelly's parents raised her, along with her sister, Aimee Osbourne, in London.

The British singer, Kelly, is quite secretive regarding her personal life. She prefers to keep her private life far from the limelight. And it seems like the star is currently living a single life.

Her Instagram post, however, tells a different story as she keeps on posting several photos with a male friend, Daniel Guyen. Check out the picture:

Now, one can wonder whether she is dating Daniel or not.

Osbourne was engaged to Matthew Mosshart in July 2013. Kelly's ex-fiance Matthew is a celebrity vegan chef. The duo first met back in 2011 at Kate Moss's wedding ceremony. Interestingly, they were also introduced by the bride Kate herself. Eventually, they started their affair.

Kelly's fiance Matthew also helped her to lose her weight. She then starts dieting and admitted herself in Yoga, Pilate classes, and even hired a personal trainer to lose the extra weight. Matthew similarly, used to cook healthy foods for Kelly as he is a vegan chef.

Months after dating, the couple got engaged in 2012 in a romantic Anguilla holiday. Following the engagement, the duo was planning to do a traditional English wedding at Kelly's parent's mansion.

Everything was going fine until the duo decided to split-up in 2014. They were last seen together on December 12, 2014, and addressed their break-up via Twitter.

After a tragic break-up with Matthew, Kelly began eating and started gaining her weight as well. She destroys her dieting and healthy eating schedule to gain weight. According to the daily mail, Kelly starts eating herself out of her post-break-up depression.

The British actress dated Bert McCracken back in 2002. The couple first met during the second season of the American TV show, The Osbournes.

After dating for a month, the couple break-up on Valentine's Day. Some claimed that McCracken was using her for his band's gain and success.

After the disunion with Matthew Mosshart and Bert McCracken, Kelly dated Dustin Lynch. Dustin and Kelly were close friends before they started their relationship. Kelly, furthermore, officially revealed Dustin as her boyfriend via Instagram.

The sweet couple were sharing a perfect bond and were romantically linked. They also celebrate their first anniversary and share cute videos on the social sites captioned #TheOddCouple.

Osbourne is also a movie and TV series actress, she has appeared on many TV shows and films, by this too she is gaining an impressive salary. Moreover, a TV star generally makes an average salary of $150,000 to $1 million.

Kelly Osbourne appeared on the ITV Gameshow, The Cube, in December 2010, where she donated $24,576 (£20,000) for the Prince's Trust. The trust is a non-profit making organization established in 1976 to help vulnerable young people.

The star similarly joined The Salvation Army, an international charitable organization during the recovery efforts after Hurricane Sandy to help the hurricane victim.