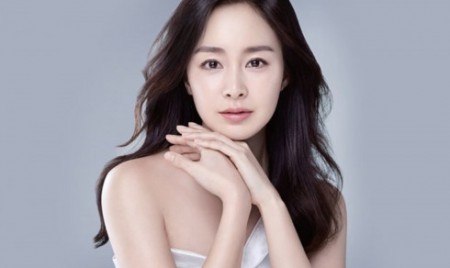 Who is Kim Tae-hee?

South Korean actress, Kim Tae-hee is not only famous because of her angelic face, but she is equally popular for her dazzling array of characters which she portrays in films and television. Throughout her career, Kim has won multiple awards such as SBS Drama Awards, KBS Drama Awards, Korean Drama Awards among other prestigious awards.So, without any ranting let's know in full detail about Kim Tae-hee.

Kim Tae-hee was born on March 29, 1980, in Busan, South Korea. As of 2019, she is 39 years old and her birth sign is Aries. Her father Kim Yoo Moon is the founder and chairman of Hankook Union Transportation Company. Tai-hee has an older sister named Kim Hee-won, and a younger  brother, Lee Wan. Lee is also an actor who has appeared in the television series Stairway to Heaven. Talking about her religious views, Kim is practicing Catholic.

Talking about her education Kim attended Samshin Elementary School, Daehyun Middle School and then enrolled at Ulsan Girls High School. She moved to Seoul in 1999 to attend the prestigious Seoul National University. At the university she  became the president of the SNU Women's Ski Club. Likewise, Kim graduated with a Bachelor's degree in fashion from SNU.

Kim began her career as a model in print ads and commercials. She made her acting debut with a small role in the 2001 melodrama Last Present. Kim rose to stardom for her portrayal of the stepsister in the popular SBS Tv series Stairway to Heaven. She appeared in the leading roles in some of the successful series such as Forbidden Love and Love Story in Harvard.

She won the Most Popular Actress award in TV category for her role in Love Story in Harvard. Afterward, Kim became one of the most sought-after faces in the TV commercial industry. In 2008, Korea Broadcast Advertising Corporation picked her as the top advertising model which earned her the title of 'CF Queen." Some of her other notable works include the fantasy epic The Restless (2006), Venus and Mars (2007), Iris (2009), My Princess (2011), Yong-pal (2015), etc.

When you are one of the Korea's most beautiful women it is obvious that fans especially men will throw themselves to marry you. This is also true for the 39-year-old actress, Kim Tae-hee. But, folks, she is already taken and is married to a handsome man. If you follow korean celebrities then by now you have already guessed who the man is.

Well, Kim Tae-hee is married to her longtime boyfriend, Rain (Jung Ji-hoon) South Korean singer-songwriter, actor, and music producer. Kima and Rain married on January 19, 2017, in a modest church wedding in Seoul. The celebrity couple held a private wedding ceremony at the Gahoe-dong Cathedral where the attendees were only family members and a few close friends. The couple went to Bali for their Honeymoon.

Actress Kim and her husband Rain welcomed their first child a daughter on October 25, 2017. On May 23, 2017, Kim's agency announced the new of her pregnancy with the first child.

Following the birth of their first child father Rain shared a picture of a cute baby socks pair and captioned:

Thank you.. She is a beautiful princess. We will raise her well to be a child that helps the world. #Blessing.

Further, on February 26, 2019, Kim agency BS Company announced that she became pregnant with her second child and she is expected to give birth this September. Kim has become the mother of two children and her husband also can't express the feelings in words.

How did Kim Tae-hee and Rain began dating?

As per reports, the now husband and wife, Kim and Rain first met while working in Rain's music video Love Story in 2010. Likewise, they met again when they worked together for an advertisement for a social commerce company called Coupang TV.

The lovebirds began dating in September 2012 while their romance became public only in January 2013. After five years of dating they married in 2017. Kim and Rain are now expecting their second child and is relishing their married life.

What is the Net Worth of Kim Tae-hee?

The famous South Korean actress, Kim Tae-hee has a stunning net worth of $16 million as of 2019. Throughout her career, Tae-hee has amassed a giant net worth, earnings, and fame. The primary source of her income is acting, endorsements and business ventures. Some of the young Hollywood celebrities who has a similar net worth are Hilary Duff, and Jordyn Taylor, among others.

Most of the television series and films in which Tae-hee appeared collected a considerable earnings at the Box-Office. Also, as per reports, she earns around $56,000 per episode in a series. Now, she is one of the popular Korean actress, the paycheck might be considerably large.

Kim and her husband, Rain owns a stunning house in seoul worth $4.5 million USD. As per reports, their house is one of the most exclusive, richest neighborhoods in all of Seoul.

Recently, in 2019, Kim bought a $2.4 million high-class house in Irvine California. Sources claimed that she bought the house to gear up Hollywood career; however she has denied the rumor of stepping in Hollywood.

What is the net worth of Kim Tae-hee's husband?

As of 2019, the talented South Korean celebrity Rain has a net worth of $20 million. He is the founder of R.A.I.N Company which he set up in 2015. Some of his movies such as Speed Racer, Ninja Assassin, The Prince, For Love or Money has an impressive record at the Box-Office. Do you know some of the richest actors in Hollywood? For your information actor Tom Hanks huge net worth.