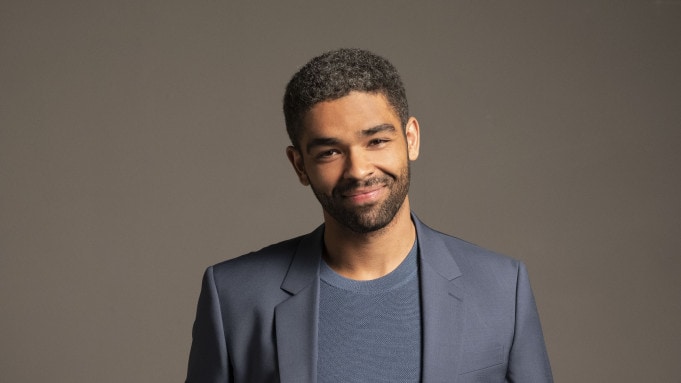 Kingsley Ben-Adir came to fame after portraying the character of Wet Stick in the movie, King Arthur: Legend of the Sword (2017). A British television, film, and stage actor has performed in numerous theaters and Hollywood movies like The OA, Deep State, Vera, Agatha Christie’s Marple, Peaky Blinders and many others.

The actor was born in 1986 or 1987 to an English mother and Moroccan father in Gospel Oak, an inner urban area of northwest London. He holds British citizenship and is of mixed ethnicity. Further, he studied at William Ellis School and graduated from the Guildhall School of Music & Drama in 2011.

Peaky Blinders' Star: Is He Dating?

The OA actor who has portrayed Dr. Marcus Summer's role in the television series, Vera is currently living a very low key life. He is personally uptight about his private life, he doesn't like to talk about himself in the media.

However, Kingsley once mentioned his girlfriend during an interview with Vulture in March 2019 but didn't reveal her name. He said:

I didn’t tell anyone what I was doing. I told my friends and family that I was just going to do a pilot season. I mentioned to my girlfriend that I was filming a show because she needed to know.

The actor now seems to have a nice time with his new girlfriend. While his love life remains largely a mystery, his relationship with his secret girlfriend is expected to shed more light on this.

In the previous time, Ben-Adir was rumored to have a love affair with his co-stars Nila Aalia. Nevertheless, the Commuter star's never accepted their relationship to the public or media. Likewise, they used to spend a lot of time together on-screen match-up, and as result speculation emerged.

Well, Peaky Blinders is a television series of a British period crime drama produced by Steven Knight. Set in Birmingham, England, the first season of the series was pre-seasoned on September 12, 2013, and finished on September 22, 2019.

Enjoys an Estimated $1.5 Million Net Worth

As a Film and television actor, Kingsley Ben-Adir has succeeded in making a great name as one of the known actors in the entertainment industry since 2012. He has successfully earned people's attention with his talent and dedication and has achieved the height of success.

As of early 2020, Kingsley Ben-Adir has an impressive net worth of $1.5 million for his good acting job. Likewise, he receives an annual earnings of $50,000 as an actor. Thus, Kingsley enjoys a very rich lifestyle with his income and earnings.

Alternatively, the star of Peaky Blinders might have bagged impressive amount from the film, King Arthur: the Sword (2017) that raised $140 million against the $175 million budget. In the film, he shared a screen with actress Annabelle Wallis, who has a worth of $4 million.

For further updates on Actors of Peaky Blinders cast, then stay tuned to Married Celeb!!!