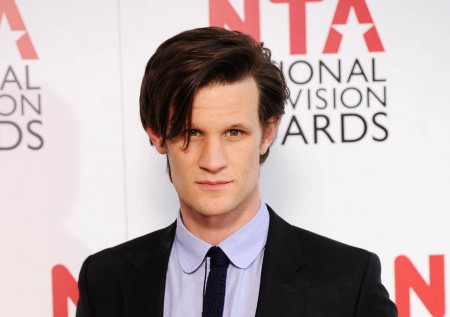 Who is Matt Smith?

It's not easy to gain fame and name in Hollywood without any hard work and efforts. In a similar way, Matt Smith is an English-born film, television and stage actor who known for his run in the BBC's Doctor Who and as Prince Philip in the Netflix series The Crown.

Matt Smith was born on 28 October 1982 in Northampton, England as Matthew Robert Smith. His parents are David Smith (father) and Lynne Smith(mother) and raised alongside one sister named Laura Jayne. He holds English citizenship and belongs to white ethnicity. Concerning his education, he attended at Northampton School for Boys where he showed a spectacular talent in football.

As a teenager, he was a talented soccer player and as a professional athlete, he dreamed of living. However, because of a serious back injury, he was compelled to leave the sport. After a back injury, Smith went on to become a member of the National Youth Theatre. Well, he became the youngest actor to be cast as the lead in the famous sci-fi television series Doctor Who in Britain at the age of 26. In 2016, Matt played as the role of Prince Philip, Duke of Edinburgh in Netflix's drama series The Crown for two seasons.

What is Matt Smith's Net Worth? Salary

The famous English actor Matt Smith has earned an excellent amount of money out of his successful career in the film industry. Being active in the industry since 2003 there is no doubt that he has collected a heavy amount of money. Not only money but he has also earned a huge fortune and fame. As of 2019, he has a net worth of $9 Million.

Further his exact salary is under review but he might earn the average salary of English actress which is $49,986. In addition, his one of the 2015 American science-fiction action film Terminator Genisys made under the budget $155–158 million and collected $440.6 million on the box office.

In the film, he played along with Jason Clarke, Emilia Clarke, Jason Clarke, whose net worth is $6 Million, $13 Million and $3 Million respectively. Moreover, Smith is still active in the industry so in the near future his net worth will surely grow up.

Who is Matt Smith's Girlfriend?

Many renowned females have dated  Doctor Who star, Matt Smith, and this list will give you more information on these fortunate females including the present girlfriend, previous relationships, and rumors of dating of Smith.

But one thing is clear, he is never married if you're looking for his wife. But there are signs that he just might take that major step sometime in the near future. Now, he is in a romantic relationship with gorgeous English actress Lily James.

Matt and Lily met on t on the set of Pride and Prejudice and Zombies back in 2014 and since then the lovebirds started to dating after they first met. They also sparked relationship rumors when the couple was spotted together at the Cannes Film Festival.

In early 2018, James sparked off engagement rumors when she came at the BAFTA Awards ceremony wearing a large diamond ring.  These rumors have not been confirmed, however, this pair has continued to give us reasons to think that together they actually have a future. The former Downton Abbey actress shared:

“We’re not engaged yet. But it’s going very well,” she told The Sun and during an interview on Good Day L.A. in July, Lily gushed about the romance, beaming, “it’s no secret – we’re very happy.”

On his part, Smith revealed in an interview on March 2018, that he would love to start a family very soon. One thing is certain, either wedding bells or baby news, this pair has something brewing, but only time will say.

In the past, Matt dated some popular star. In 2006, he previously dated actress and singer,actress and singer, Billie Piper. Then, Matt also dated Brazilian actress and punk singer Mayana Moura from 2009 to 2008. From 2010 to 2011, he dated Daisy Lowe and also had an affair with his co-star Karen Gillan in 2012. Daisy, a famous model who was also in a romantic relationship with Tyrone Wood, the son of famous musician Ronnie Wood and Jo Wood.

What is Matt Smith's Height & Weight?

Matthew Robert Smith's age is 30 as of 2019. The English actor stands at a tall height of 6 feet and weighs around 72 kg or 158lbs. Meanwhile, Smith has an attractive green eye and has dark brown hair color.

Likewise, Smith has well managed his body on an athletic body build.  His body measurements are 40 inches chest, 30 inches waist, and 14 inches arms. Likewise, his arms size is 14 inches and his feet size is 10 US.