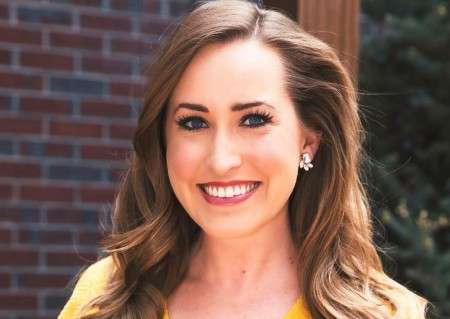 American journalist, Kylie Bearse is well known for working as a meteorologist at 9 News on KUSA-TV. She is the former outreach coordinator of the Volunteer Resource Center, where she provided volunteer contracts for students and experienced helpers for participated in award ceremonies and charitable functions.

Bearse was born in Boulder, Colorado, United States, and her birthday on the 16thof March every year. Furthermore, she is an American by her nationality and hails from white ethnicity/race. So, is she dating someone or she is married? Come on, let's take a glimpse of Bearse's personal life.

KUSA-TV meteorologist, Bearse is reportedly single and keeps her intimate life close to herself as much as possible. Also, her fans are curious to know whether she is married or dating someone. Nevertheless, she isn't much expressive about her personal details despite being a media personality.

Other than that, Bearse is an excellent friend of Jordan Chavez, who's a fellow reporter at the Denver-based broadcasting media, 9 News. They recently visited The Sundeck at Aspen Mountain on 13th July 2019and posted some amazing pictures on Instagram.

Previously, it was rumored that Kylie was dating the director of meteorologists, Mike Augustyniak, at the WCCO news channel. The rumor spread after their fans recognized them at Star Bar in Denver, Colorado, spending quality time on 23rd September 2018.

But, the duo later said the rumors are fake and proclaimed to be just good friends.

The former WCCO weather reporter, Kylie, has a net worth of $350,000 as of 2019. She makes a substantial salary from her profession. Meanwhile, the average salary of a meteorologist in Denver, Colorado, is $54,253 yearly. So, her income might range in the similar of a Denver-based meteorologist.

On the other side, Bearse owns a Custom Gold 2017 Jeep Rubicon, in which she travels new and exotic places. On 18th December 2017, she posted a picture of her off-road safari vehicle in Usery Mountain Regional Park via Instagram. Currently, the price of a Gold Jeep Rubicon ranges from $34,621 to $53,799.

The media personality, Bearse, first interned at the research and development center of Warren Miller Entertainment from Juneto August 2009. She further served as an executive producer for student's run sports TV show, CU Sports Mag, from September 2007 to January 2011.

Kylie then began her voluntary works at the Volunteer Resource Center, where she initially served as a student media and design coordinator in January 2009. She further became the marketing coordinator for the management of volunteer contracts for more than two and a half years.

Actively Pursuing in the Field of News

The University of Colorado Boulder graduate, Kylie began her journalism career in May 2011, where she first worked as a travel writer for a traveling website, Globetrotters.

She later worked as a weather forecaster for a news broadcasting network, Local News 8 KIFI, from 2011 to 2013.

Bearse began to serve as a weather anchor for the KTVX ABC 4 news channel, where she reported weather reports from Salt Lake City, Utah, in July 2013. A year later, she joined a news television station, WCCO, in September 2014.

Currently, she is reporting as a meteorologist for the KUSA-TV news channel, 9 News since April 2018. Just like her, some other meteorologists, Bill Karins and Liberte Chan are active in the field of news.

If You're Fond Of Reading about Meteorologists, then Visit Married Celeb!!! Where You Can Find More Amusing Biographies & Articles