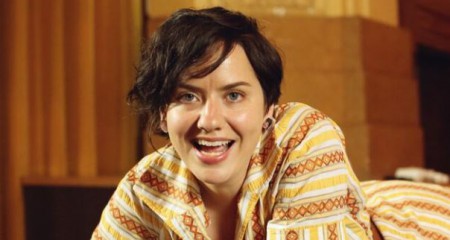 Who is Laura Imbruglia?

Today we are going to talk about the 36-year-old, Laura Imbruglia, who is an Australian indie rock singer and songwriter. She has recently released her fourth album, Scared of You in 2019. Her other three records include the self-titles Laura Imbruglia (2006), The Lighter Side of (2010) and What A Treat (2013).

Throughout her career, Laura has maintained a decent amount of net worth. She has been active in the music industry since 2000. Therefore, she has nineteen years of musical experience. Laura Imbruglia is Melbourne's favorite music nerd. Also, she is the host and producer of the web series, 'Amateur Hour.' Let's know in full detail about Laura Imbruglia.

Laura Imbruglia was born on June 15, 1983, in Sydney, Australia. She was born to mother Maxene and father, Elliot Imbruglia. Her father is of Italian descent, while her mother is of Irish and English descent. As of 2019, she is 36 years, and her birth sign is Gemini.

Laura, who is the youngest of four daughters, grew up in Berkeley Vale, New South Wales. When she was seven, her family shifted to Sydney. One of her sisters, Natalie Imbruglia, is a famous singer/songwriter, model, and actress. You might recognize her from the 2003 movie, Johnny English, where she appeared alongside Rowan Atkinson.

Laura developed a keen interest in music from early childhood. At the age of 20, she released her first EP (Extended Play) titled, 'It Makes a Crunchy Noise.' Additionally, she has released a single, EP and two albums independently through her own label Ready Freddie Records.

Laura also has appeared on the television drama series called 'Crash Palace.' She is currently based in Melbourne and regularly travels to different places for musical tours. Her fourth and latest album, "Scared of You" was released on March 29, 2019.

Talking about Laura Imbruglia's personal life, it seems that she is currently single. The 36-year-old, Australian singer, Laura, may have dated a few men in the past. However, she has kept the details of her past affairs far away from the media and the public. For your information, her elder sister, Natalie dated American actor David Schwimmer in the late 1990s.

Well, analyzing at the personal life of Miss Imbruglia, she is not married. One of the most loved indie singer of Melbourne, Laura, is in search of a perfect partner.

Laura might be in search of a perfect partner whom she could call her husband. Also, the detail about her marital status is unavailable. She has shared some pictures of her with a male colleague, but they are just friends.

As of 2019, Laura Imbruglia has a net worth of $500,000. The primary source of her income is singing. Apart from album sales, she earns additional income from her tours, gigs, and promotions.

Further, Laura is also a producer of the web series, Amateur Hour. She has been active in the music industry since 2000 and has a production company called Ready Freddie Records.

The exact detail about Laura Imbruglia's income and salary is unavailable. From her singing career, she must have amassed a hefty sum of earning. The average income for an indie singer is around $25,000. Therefore, Laura also might earn similarly.