Home gossip Does Lee Min-ho have a Girlfriend in 2020? Know his Dating List

Does Lee Min-ho have a Girlfriend in 2020? Know his Dating List 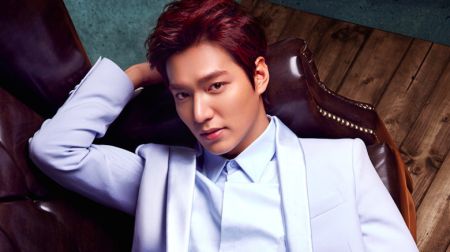 Lee Min-ho thinks there was something inside him at a young age that wasn't anxious about success but was concerned about becoming a better actor. The art of acting is essential because it expresses personality and discovers characters that were important in our experience. So, Lee has all of it in his acting skills for winning millions of hearts.

South Korean-based actor, Lee had a keen interest in becoming a soccer player and continued his passion as a youth football player. But, an injury ended up his desire to become a professional footballer. Let's find out more interesting things about Min-ho's personal life below.

Who is "Boys Over Flowers" Actor, Min-ho's Current Flame in Life?

The recipient of the SBS Drama Award, Lee Min-ho is currently away from any relationship as of now. Nevertheless, the promising star's fans are curious to know whether who will be the love interest of Lee in the future?

Well, it seems like Min-ho hasn't decided to link up with a new date and currently busy on his upcoming filming projects. Due to his acting schedules, Min-ho's love life seems to be empty up until now.

Bounty Hunters star, Lee was once in a romantic relationship with a South Korean actress, Bae Suzy in 2015. In 2010, she entranced as part of the group Miss A, eventually, a year later, she enrolled into an acting field.

After the two started dating secretly, they went out for a three-day vacation in London, England from South Korea's Incheon Airport on 10th March 2015.

After reaching London's airport, some paparazzi spotted the couple together and revealed the two were dating. The duo then publicly confirmed their relationship on arrival from London, England.

The King: Eternal Monarch actor, Min-ho, then joined a compulsory military service at Suseo Social Welfare Centre in the Gangnam City Hall on 12th May 2017. When Lee was serving for the South Korean military, his relationship started to lose its grip.

When Min-ho returned to his limelight life after discharge from the public service duty on 25th April 2019, he broke up with his longtime girlfriend, Suzy. The reason why the two love birds separated is still a mystery to their fans. Just like Lee, another South Korean actor, Ji Chang-Wook was out of military service in April 2019.

A Glance of Lee's Dating History

Song For You singer, Min-ho first started dating Sungkyunkwan Scandal star, Park Min Young, after meeting on the set of City Hunter in 2011. But, the duo briefly ended their relationship after dating for five months, due to some misunderstandings.

Model Min-ho, then involved in a six-month relationship with an ordinary South Korean girl, who was two years older than him. Nevertheless, they break up due to their incompatible personality.

His dating list does not stop here. Min-ho, furthermore, started his co-actor from one of his films.

Min-ho began an intimate affair with his co-actress of The Heirs, Park Shin Hye in 2013. When the rumors of their dating started to knock their doors, they eventually separated their ways and broke up their relationship.

It was a time once he was bonded secretly in a romantic relationship with a college student. In 2011, he himself revealed the fact of dating after the end of the movie, City Hunter. According to some sources, they broke up after 6 months of dating.