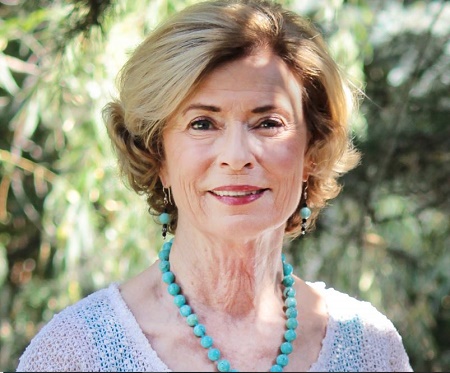 Linda Lee Cadwell, a widow, now enjoys a "reflective" moment in her life as a wife, mother, grandmother, former teacher in kindergarten, and the head of the Bruce Lee Foundation. Similarly, her life was twice affected by the tragedy, as she is the wife of the master of martial arts and action hero Bruce Lee (1940–1973) and actor Brandon Lee's mother (1965–1993).

Linda was born on March 21, 1945, in Everett, Washington, USA as Linda Emery to the late parents Vivian R. (Hester) and Everett Emery. She is an English, Irish, Norwegian, Swedish, and Dutch ancestry and holds an American nationality. She studied at the Garfield High School and graduated from the University of Washington.

Linda Lee first met her future partner Bruce while attending the University of Washington in 1963. She remembered their fateful meeting, saying that Lee had been dynamic from the very first moment. And she thought this guy was something else that she probably couldn't hurt finding him cute at the first meeting.

The college sweetheart married on 17 August 1964, 3 years before interracial marriage was allowed by the US Supreme Court. The couple had two children from their nuptials, namely Brandon Lee (1965) and Shannon Lee (1969). And late Bruce was not only a wonderful warrior but also a great father.

Bruce Lee was an American man from British Hong Kong who could flow like water and was a legend in martial arts. But on July 20, 1973, when Bruce unexpectedly died at the age of 32 in Hong Kong, the big screen lost a major star.

Then fans of martial arts and moviegoers all over the world were both heartbreaking and baffled by the story. Likewise, Lee's body buried by his family on 5 July 1973 at Lake View Cemetery, Seattle, Washington included Taky Kimura, Steve McQueen, James Coburn, Dan Inosanto, Peter Chin, and Lee's brother Robert.

The main cause behind Jeet Kune's founder, Lee's death is an allergic reaction. The reaction caused by over-exertion and heat stroke, resulting in cerebral edema.

After the tragic death of her better half, Lee, she married twice. First, she married an actor and writer, Tom Bleecker in 1988. But, they ended their marital life in 1990 just two years later.

A widow, Cadwell returned to college and graduated with political science and teaching degrees. She started teaching in a kindergarten in Torrance for several years. She met and eventually married Bruce Cadwell who was Morgan Stanley's stockbroker at the time and also a highly respected amateur golfer.

Now, the 75 years old kindergarten teacher lives a joyful married life with current husband, Cadwell for about 26 years.  So far, her daughter Shannon is a proud wife of Anthony Ian Keasler and a mother of Wren Keasler.

Linda Lee Cadwell is a former kindergarten teacher who has an estimated net worth of $1 Million as of early 2020. As an author, she has published two books named Bruce Lee: The Man Only I Knew in 1975 and The Bruce Lee Story in 1989.

Similarly, the film 'Dragon: The Bruce Lee Story' from 1993 was based entirely on Linda's novel and starred Jason Scott and Lauren Holly playing Linda's role in the film. The film was really successful and the worldwide grossed $63 million.

Though life continues after the death of Lee, Linda has kept alive the memory of her late husband through organizations such as the Bruce Lee Foundation. A foundation that educates and inspires young people using the life and philosophies of Bruce Lee.

On the other hand, a late Bruce Lee had managed to amount a fortune of around $10 million at the time of death in 1973. He made this fortune from his strong career as a martial artist and actor.

For more Biographies and Gossips, stay tuned to Married Celeb!!!