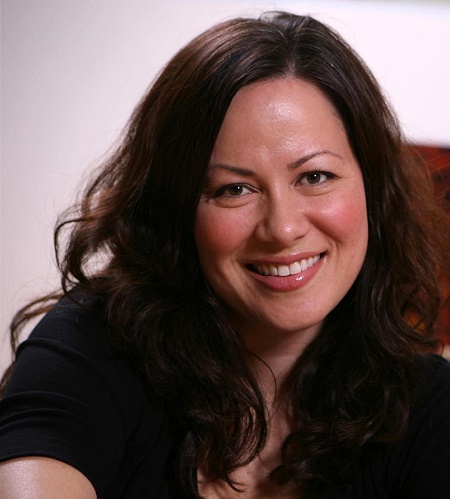 Growing up in a superstar's shadow is not the easiest start in life. But growing up without him, with nothing left behind but his name, makes things harder. Shannon Lee is the daughter of the late legendary martial arts Bruce Lee and a retired martial arts teacher, Linda Lee Cadwell.

Shannon Emery Lee was born on April 19, 1969, in Los Angeles, California, United States. Moreover, she is the younger sister of Brandon Lee. She studied at The Chadwick School in 1987 and Tulane University in 1991.

Married to Her Husband, Ian Keasler

Shannon, who played the leading role in the action film Lessons for an Assassin, first met her boyfriend, Ian Keasler, in August 1988. Then after four years of a love affair, the lovebirds became wife and husband formally when they tied the knot on 22 August 1994 in Palos Verdes Estates, California.

Since the day, the newlywed duo leads a happy marital relationship with no sign of difficulties and family problems for 25 years. From their long term wedding, they gave birth to a daughter Wren Keasler on the 21st of May 2003.

The parents, Bruce and Linda, first met when at a high school, Linda attended a Kung Fu show. She later became his student, and the two had fallen in love and started dating. On 17 August 1964, they tied the knot against interracial marriage in Seattle, Washington.

In 1973, soon after Shannon's birth of four years, Lee's family had to face Bruce Lee's devastation. She reported on an interview with Chris Kent:

You know, I married a kung fu instructor, and he turned out to be a worldwide movie star … (Smiling) There were a lot of changes along the way. And there were times when we were very, very poor. And then, better times. And so to be able to adapt to that and keep the same relationship – And so no, I don’t think I would have tried to change anything in him.

Lee's entire family then planned to move from Hong Kong to Seattle. But they were unable to live there and then moved to Los Angeles.

In 1988, Bruce's widow, Linda Lee, married Tom Bleecker, but they had their divorced in 1990. After the divorce, Linda then went on to receive her teaching degree and taught kindergarten class in Torrance for several years.

Through relatives in Boise, Idaho, she met Bruce Cadwell, a stockbroker, journalist, amateur golfer, and eventually married him in 1991. Linda and Bruce, who both attended Seattle's Garfield High School, are now living a happy married together in Idaho.

Shannon was just four years old kid at the time of her dad's death on 20 July 1973. As a result, she did not have many childhood memories with him.

She says that the most strong memory she has of him is his presence, what it was like to have his affection, his love, and his concentration. Thus, she declared:

“You know from watching the movies that his energy is palpable. It jumps off the screen even still today when you watch his movies. You can feel it. Imagine having that amplified right in front of you and then also just filled with love.”

The official cause of death for Lee was reported as cerebral edema, or brain swelling, in the autopsy report. This was supposedly due to his hypersensitivity to an equianalgesic painkiller he'd taken that day.

But further work indicates that the kung fu hero may have died more than 20 years after his death from an epileptic disease.

On 31 March 1993, Shannon's life was once again hit by tragedy. At the age of 28, her older brother Brandon Lee passed away who was born on February 1, 1965. She says after she looses her sibling.

“I was really struggling and I came across one quote my father wrote that said, ‘The medicine for my suffering I had within me from the very beginning. Now I see that I will never find the light unless, like the candle, I am my own fuel.’

An American actor and martial artist, Brandon's died suddenly while shooting a scene in The Crow where this role hugs shoot and kill. A live round primer that was unknowingly loaded into the gun struck him in the abdomen.

Brandon was then hospitalized immediately and underwent surgery for 6 hours. Tragically, at 28, he left the earth and died. Sister, Shannon had been devastated by the death of her biological brother, but it was the words of her late father that supported her through such a tough period.

What is Shannon Lee's Net Worth?

Shannon Lee is an American actress and businesswoman who has an estimated net worth of $10 million as of early 2020. She also followed in the footsteps of her late father Bruce to become an actress, author, businesswoman, and martial artist. So all credits go to her multiple jobs.

In the 1990s and early 2000s, she has appeared in several films, including Dragon: The Bruce Lee Story, Cage II, WMAC Masters, Martial Law, And Now You're Dead, and She, Me, and Her. Furthermore, she was also the host of the game show WMAC Masters' first season.

On the other hand, her dad Bruce had $10 million fortune at the time of death in 1973. As a philosopher, martial artist, actor, and filmmaker, he made this amount out of his great career. Lee was featured in only three kung fu movies released during his lifetime The Big Boss (1971) Fist of Fury (1972) and Way of the Dragon (1972).

Furthermore, her mother, Linda Lee Cadwell, wrote a novel, The Bruce Lee Story, which was recognized as the Black Belt Woman of the Year and Bruce Lee: The Man Only I Knew in 1975.

As a President of the Bruce Lee Foundation

Shannon, 51, has been running the charitable organization called The Bruce Lee Foundation since the death of her father and brother. The foundation also shares the philosophies and writings of the great master of martial arts, Bruce Lee.

As of now, she is hosting a Bruce Lee Podcast Live Event at 6 pm PST at the Central Library in Downtown LA for over one year.

Bruce's daughter Shannon was also an executive producer of two projects about her father, The Legend of Bruce Lee (2008), and How Bruce Lee Changed the World (2009).

For more Biographies and Gossips, stay tuned to Married celeb!!!