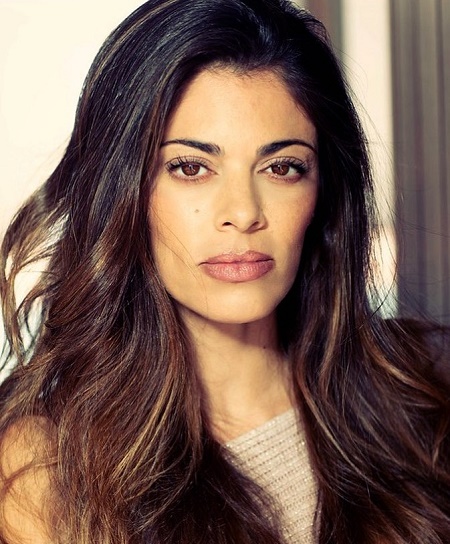 American actress and singer, Lindsay Hartley, first came to fame after portraying the role of Theresa Lopez-Fitzgerald Crane Winthrop on soap opera show, Passions. In addition to that, she is also known for her roles like Arianna Hernandez on Days of Our Lives and Cara Castillo on All My Children.

Lindsay Nicole Korman was born on April 17, 1978, in  Palm Springs, California, US. She holds American citizenship and is of Jewish, Greek, and Italian origin. She is a graduate of the University of Nevada, Las Vegas. Additionally, Korman is the former Young Miss America Beauty Pageants of national pre-teen talent winner.

160 cm tall, Korman and now divorced husband, Justin Hartley started dating eachother in the year in 2003. They first met on the TV show set, Passions, where she was playing Theresa Lopez-Fitzgerald and Justin was playing Fox Crane.

After six months of dating, Lindsay, 42, and Hartley, 43 got engaged on November 13, 2003. One year later, the lovebirds tied the knot on May 1, 2004, in a small wedding ceremony. Since the day, the two were living a blissful married life together in the Los Angles house until 2010.

Unfortunately, it was revealed that after eight years of marriage on 6 May 2012, Nicole Korman filed for divorce. The divorce paper was filed in the Superior Court of Los Angeles County citing "irreconcilable differences". Similar to Alex Young and Sunetra Sastry, their marriage also couldn't last for long.

All My Children alum also asked Justin during the petition for joint physical and legal custody of their daughter. Lindsay remains single since her divorce as an actress and is very active in her career. But, Justin remarried his second wife, Chrishell Stause from 2017 until 2019.

Mother Of One Daughter

During the marital relationship with Justin, she gave birth to their one daughter Isabella Justice Hartley on July 3, 2004. She is now 15 years as of early 2020 and is studying in her school.

Even after the separation, the ex-sposes, Lindsay's remain on good terms and share their younger daughter's joint legal custody. Now, Justin, the proud dad, frequently brings his baby girl Isabella on function awards and events. Recently, the dad and daughter attended the 2019 Critics' Choice Awards.

Has an Impressive Net Worth

Working in the film industry, Lindsay Hartley has accumulated a huge amount of fortune. As of 2020, she has an estimated $2 Million net worth throughout her acting and singing career. Similarly, her annual might salary falls in the range from $45,000 to $57,000, which is the average salary of an American actress.

Meanwhile, her former partner, Justin Hartley, who was born on January 29, 1977, shares an astonishing worth of $7 Million. He has made this heavy amount from his career as an actor, writer, and director. Further, he reportdely brings salary of $250,000 per episode and had previously been making $125,000.