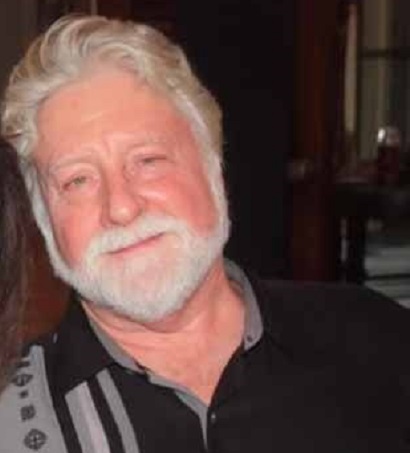 Michael Tomlinson came to spotlight due to his relationship with Trinidadian-American actress and producer, Lorraine Toussaint. She is best known for starring as Rene Jackson in Lifetime television drama series Any Day Now, from 1998 until 2002.

He was born in the United States as Robert Michael Tomlinson. But his exact birth date is still missing. As per her citizenship, he is American and is of white ethnicity.

Michael tied the knot with his now-estranged wife, Lorraine on June 25, 2017, in the presence of their family and friends. Before becoming a husband and wife, they enjoyed their love relationship for a few years.

Some sources claim that the couple has a daughter named Samara. But as per court documents, they do not have any minor children together. Whatever it is the actress Lorraine, 60, wants to teach Samara “to be an independent, awesome, strong-minded young woman.”

After two years of nuptials, Orange Is The New Black star Toussaint and her husband Robert Michael are officially split. On June 13, 2019, Thursday, she filed a divorce petition in Los Angeles court.

SAG Award and Critics Choice Award winner star asked for spousal support. Also, she requested block the court's ability to ask the same of her, as per as TMZ.

Lorraine's Joked About Having Two Husbands

During an interview on Live with Kelly and Ryan on Apr 22, 2019, she reveals about having two husbands, a real one and an Internet one. She said that her Internet husband is Micah Zane during the interview.

She continues saying: " I’ve been married to Micah Zane for many, many years now. When I take Micah off the Internet, he comes back on. She added: "My real husband is Michael Tomlinson.”

In the interview with Access Live, she clearly said that Micah is not her husband. And it ain't' real.

What is Michael Tomlinson's Net Worth?

Michael might have earned a decent amount of money from his career that he engaged in. Meanwhile, his net worth is still under investigation but it is assumed to be around $100 thousand.

Whereas, his wife, Lorraine is an actress and producer who is active in the entertainment industry for 37 years. As of 2020, her impressive net worth is estimated at $2 Million. She is best known for her role as Rene Jackson in Any Day Now, from 1998 to 2002.

Further, she later starred in Netflix comedy-drama series Orange Is the New Black, in the second season. Also, TV stars Donshea Hopkins and Madeline Brewer acted in the show. Besides, some of her films are Breaking In, Dangerous Minds, Middle of Nowhere, The Night Before, and Runaway Island.

Her portrayed film Dangerous Minds has grossed $179.5 million against the budget of $23 million. Her new film 2019's Scary Stories to Tell in the Dark went on to gross a $105 million against a production budget of around $28 million.