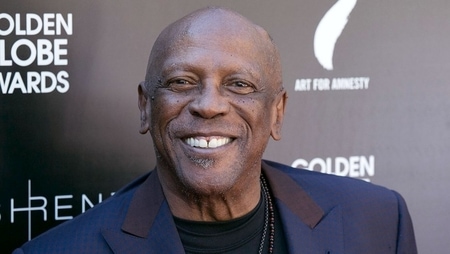 The Oscar Award-winning actor, Louis Gossett Jr., is popular for his appearance in the movie, An Officer and a Gentleman. Besides that, he has portrayed many different roles in his career. Such as The Laughing Policeman and Travels with My Aunt; He's worked with actors like Frankie Muniz, Regina King, and Jeremy Irons, to name a few.

As much as he found success in his professional life, he found it difficult to manage his personal life. So far, the versatile actor is married three times. All three marriages met with the same fate of divorce. Now, let's find out about his current relationship status.

As of now, the actor is enjoying his single life. After his divorce with his third wife, the actor has wholly focused on his family and work. The actor has regained his health from drug abuse and alcohol, which he is using to erase racism.

According to Reuters, Louis's ex-wife filed a complaint against him for giving his children cocaine. Later, the charge was found baseless and untrue. Currently, Gossett is shooting for the TV series, Watchmen in Atlanta. For that, he's moved to Atlanta and looking for a home.

Firstly, he was in a marital relationship with Hattie Glascoe in 1967. The Church of the Apostles, New York, conducted the wedding ceremony. Rev. Robert Griswold officiated the marriage by pronouncing them, husband and wife.

Unfortunately, they parted their ways after one year of their marriage, which is in 1968. After the first divorce, his second marriage was with Christina Mangosing. The pair exchanged their wedding vows on 21 August 1973 in front of their close friends and families.

Gossett and Mangosing also share a child from their marital relationship. Their child's name was Satie, who was born in 1974, and currently, he is 45 years old. After a year of birth of their child, the couple divorced and walked their separate ways. The couple separated in 1975.

Louis's third marriage was with Cyndi James Reese. Cyndi is a famous opera actress who is best known for her role in films such as Terror Within II, Trapper John, M.D, and Ghost Dad. Similarly, she has also won Star Search in the Actress category in the mid-1980s.

The couple walked down the aisle on 25 December 1987 at a hotel in the resort of Herzlia, north of Tel Aviv. Likewise, their close friends, families, and well-known personalities attended the wedding. Similarly, Gossett's aunt, ninety-years-old grandmother, and Bobby Angelle also attended their ceremony.

Gossett and Cindy also adopted a son named Sharron, who was born in 1977, and he is 42 years old as of 2019. The two were living a happy married life until 1992. Sadly, they parted their ways after five years of their marriage.

As of now, the actor is living a single life and often gets together with his family.