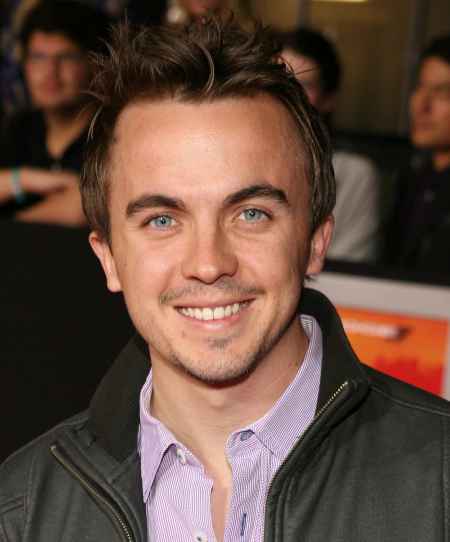 Who is Frankie Muniz?

Have you ever watched the Fox television family sitcom Malcolm in the Middle?If yes, you must be familiar with the name Frankie Muniz  who portrayed the lead role of Malcolm. He is an American actor, musician, writer, producer, and race-car driver who has established himself in the Hollywood for a long time.Currently, Muniz serves as a hosrt for Dancing with the Stars: Juniors(2018–present).

Frankie Muniz was born on 5th December 1985 in Wood Ridge, New Jersey under the zodiac sign Sagittarius. Further, he was born and raised by his parents Francisco Muniz II(father) was a restaurateur and Denise(mother), was a nurse. Added to his family member, he has an elder sister, Cristina.

Muniz holds American citizenship and belongs to Italian and Irish etinicity. After the divorce of his parents, he subsequently moved to Burbank, California along with his mother. Starting in the sixth grade, his mom taught Muniz at home.

Francisco made his film debut With Olivia (1997) in the made-for-television movie To Dance, starring Louis Gossett Jr. Following that year, he appeared in the CBS Hallmark Hall of Fame presentation of What the Deaf Man Heard. Likewsie, a small role in the film Lost & Found (1999) led as the character on Malcolm in the Middle to his breakout role.

Image: Frankie Muniz on a track for for race

Furthermore, some of his notable movies are My Dog Skip (2000, with Kevin Bacon), Agent Cody Banks 2: Destination London (2004), and Stay Alive (2006). Besides, acting he dived into professional auto racing as he got older. As a racer, he signed on as a driver in 2005 with Jensen Motorsport, then raced in the Formula BMW USA series (2006) and the Champ Car Atlantic series (2007).In addition, Frankie joined the band Kingsfoil as a drummer.  As a drive, he competed in 32 races from 2007 to 2009 for the Atlantic Championship.

Talking about his awards, Muniz has won multiple awards including Kids' Choice Awards, Young Artist Awards, YoungStar Awards, and Teen Choice Awards. Also, he has also been nominated by an actor for Golden Globe Awards for Best Performance in a Television Series – Comedy or Musical for Malcolm in the Middle in 2001 and 2002.

As of now, Frankie Muniz is in a happy and romantic relationship with his longterm girlfriend Paige Price. Price is a famous American Model and as well as well-recognized Golfer. She is currently 27 years old, same age as musician Derek Discanio.

The happy news is that  Muniz’s girlfriend Paige is now his fiancee. The excited bride-to-be shared the happy engagement news in a love-filled post dedicated to the Frankie via Instagram on Nov 19. She state:

“When you’re a little girl, you dream of marrying the man of your dreams. You think of all these extravagant things from the way he asks you, to the dress you’re going to wear, to the music you’re going to dance to with your father,”

Well, the romantic pics of the lovebirds at what appears to be the time the engagement happened. We're happy to know that the days of Frankie are getting better! Welcome to the happy pair. Now, ‘Malcolm in the Middle’ star and his fiance sparkling their love life with no sign of problems and conflicts.

In 2002, he was rumored to be dating off-screen with Big Fat Liar (2002) co-stars Amanda Bynes. But later they broke up around March 2003. Also, from November 2002 to April 2004, he was romantically linked with another actress Hilary Duff.

In July 2005, Frankie started to date an American personality, Jamie Grady. The lovebirds also got engaged in the same year but they broke up in January 2007, being together for more than a year. He also dated Elycia Marie Turnbow from 2007 to 2017. The former pair got engaged in 2011 and in late 2017 they called off their engagement.

As of 2019, Frankie Muniz's net worth is reportdely around $40 million. Likewise, he assembles most of his income from his multiple profession as an actor, musician, writer, producer, and race-car driver. Being active in the media industry for two decades, he has successfully earned fame, name and respect himself in Hollywood.

Further, Muniz subsequently played the title role in the film Agent Cody Banks as well as its sequel, Agent Cody Banks 2: Destination London. The movie release in March 2003, and grossed $47 million; the sequel, which opened a year later, grossed $28 million. His movie Stuck on You earned $65.8 million, and Big Fat Liar earned $53 million at the box office.

SJC Drums and Imperial Cymbals have been endorsed by Frankie. He also appeared in the commercial of Ruffles 3D. He was seen as a young kid in the Star Market commerical.Similarly, Muniz appeared in an advertisement for Milk in In 2000.

Frankie’s body Measurement like chest, waist and biceps measurements are not known. Further, he has a slim body with a height of 5 ft 5 in or 165 cm and weighs 59 kg or 130 pounds.His hair color is light brown and eyes color is hazel.