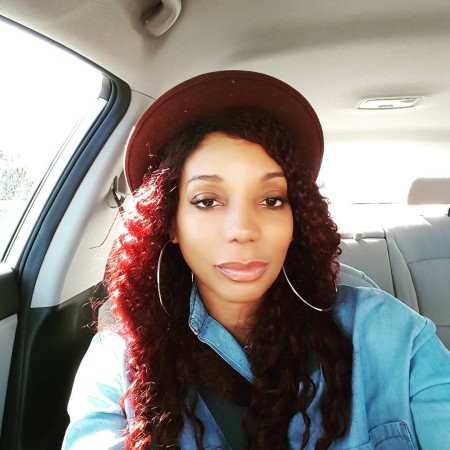 Almost all of you might be familiar with the best tennis players of all time, Serena Williams and Venus Williams, but only a few of you might know their half-sister, Lyndrea Price. Lyndrea is currently working as a creative executive for Letzchat, a translation website plugin.

Price was raised in Beverly Hills, California, the United States to Oracene Price and Yusef Rasheed. Moreover, she belongs to African-American ethnicity and holds an American nationality. So, is she married or she is single? Let's take a glimpse of Price's personal life.

Lyndrea Price is currently dating Vernon Imani, a community assistant at American Campus Communities. The duo was first seen together while attending a get together with their friends on 16th May 2016 via Instagram.

Price further in 2016 posted a picture with a little girl due to which fans started questioning her whether the girl is her child or not. She, however, speak nothing related to her kid.

The sweethearts are together for a very long time, although they aren't united as husband and wife. Nevertheless, their fans are curious to see the pair as married couples.

The web designer's mom, Oracene Price was married to her first husband, Yusef Rasheed in 1972. The duo lived together in a marital relationship for seven years, but their marriage ended in 1979 after the death of Rasheed.

The former couple shared three beautiful children, Yetunde, Lyndrea, and Isha Price. Their first daughter, Yetunde Price (1972-2003), was a beauty salon owner and nurse, and Isha is a lawyer.

Upon Oracene's first spouse's demise, she met an American tennis coach, Richard Williams, while working as a nurse in 1979. The duo later tied the knot in 1980, in Compton, California.

The couple shortly welcomed their first daughter, Venus Williams (born on 17th June 1980). They also shared their second daughter, Serena Williams (born on 26th September 1981). Both of their daughters are high-ranked professional tennis players who have won many Grand Slam Championships.

After 22-years of marriage, Oracene filed for divorce, citing irreconcilable differences in 2000. Later, the court finalized their divorce by the end of 2000.

Lyndrea Price has a net worth of $150 Thousand as of 2019. She boasts a decent income from her profession as a web designer. According to Pay Scale, the average salary of a web designer in the United States is $49,649.

Lyndrea's mother and her sister, Serena, traveled to Africa for charity work, which includes the construction of schools in Senegal. Similarly, her sisters, Venus and Serena, also support many charitable foundations such as the Elton John AIDS Foundation, Great Ormond Street Hospital, and the HollyRod Foundation.

Price's sister, Serena, is the Ambassador for the Allstate Foundation's Purple Purse project, an initiative to provide financial empowerment to domestic abuse victims. She also hosted an annual charity run, The Serena Williams Ultimate Fun Run. This event helps the needy people and underprivileged communities to have equal access of quality education of youth.

Lyndrea and her company selected as the 1st of 27 startups to showcase at Startup Village and Innovation Awards, hosted by the University of California Santa Barbara and Pacific Coast Business Times. Over 300 people voted for one startup for the LetzChat to receive the Startup Superstar Award and certificate as an honor. It was listed 1st of 8 companies for the six-week Startup Boost LA pre-accelerator program after taking over 120 companies.