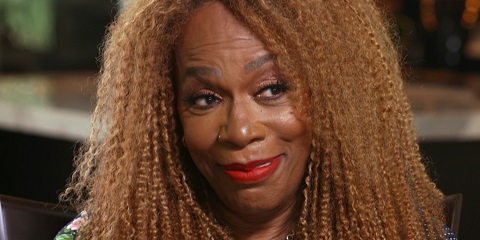 Are you a lawn tennis lover? If so, then you must have heard the names of Venus Williams and Serena Williams. Rather than being known as a coach, Oracene Price is known for being the mother of these two tennis stars. Price is also famous for being a coach and the former wife of Richard Williams.

Born in Saginaw, Michigan, United States, Price is of American ethnicity. The 67-year-old coach was born on April 3, 1952. Her birth name is Brandy Price. She is the mother of five children. Let us take a short glimpse of her personal life.

Concerning Oracene Price's married life, she has been in a marital relationship two times. She is, however, divorced currently. She has five children in total and four grandchildren as of 2019.

Looking at her social media, we see no signs of any current relationship. She seems to be enjoying her time with her children and grandchildren. Price seems to be fond of spending time with her 2-year-old granddaughter, Alexis Olympia.

Her first marriage was with Yusef Rasheed, whom she married at an early age. The exact wedding details regarding their marriage is still unavailable in any source.

She shared three children Yetunda Price, Lyndrea Price, and Isha Price with her former spouse. Their nuptials was going great, but unfortunately, her husband died in 1979. The cause was behind his death is still a mystery.

She re-married with Richard Williams in 1980 after Yusef Rasheed's untimely death. From her second marital relationship, she has two children, Venus Williams and Serena Williams. Both of them are a prominent Tennis player as of now.

After being in a nuptial bond for nearly two decades, the couple started living separately by the end of the year 2000. Their divorce was finalized in 2002.

At present, she is single and unmarried and raising her children as a single mother.

Lyndrea Price is currently a Creative Executive for Letzchat Translation Website Plugin, and Isha Price is a lawyer by profession. The other two children are now viewed as the world's best tennis players, i,e Serena Williams and Venus Williams.

Oracene and her ex-husband coached Serena and Venus Williams, who went on to win various Grand Slam Tournaments. The sisters only have one year difference, with Serena being 38 years old and Venus being 39 years old. Despite being separated, Price and Williams still regularly coach their daughters.

Price is also the grandmother of four children. She has three grandsons; Jair Bobbitt, Jeffery Jr. and Justus Bobbitt and one granddaughter Alexis Olympia.

Alexis Olympia is the two-year-old daughter of Alexis Ohanian and Serena Williams. Serena and Alexis tied the knot on 2017. The couple met at the Cavalieri hotel in Rome in 2015. The grandsons are from Price's late daughter, Yetunde Price.

Price and Yusef's eldest daughter, Yetunde Price, sadly passed away in the hospital after being shot in a hate-crime incident. She was murdered in Compton (September 14,2003), which was notorious for its high crime rate.

A gang member named Robert Edward Maxfield shot her, according to reports, the shooter intended to shoot Yetunde's boyfriend. At the time of her death, she was 31 years old. She had three children, aged 11, 9, and 5, when she was shot. She was a half-sister to Serena and Venus Williams.

Price has a net worth of around $900,000 gathered all through her coaching career. She bought an astonishing $310 thousand house from her daughter Serena for just $10. The house is 2,804 sq.ft in area.

The average salary of a tennis coach, according to Glassdoor, is $40,723 per year. She coached her two daughters, and during this time as a successful coach, she accumulated her net worth.

Price is also involved in charity work as well, with one of the organizations being a Williams Sister fund project, Yetunde Price Resource Center. She has also established the OWL Foundation, which works with children's financial ability and encourages them to educate themselves.