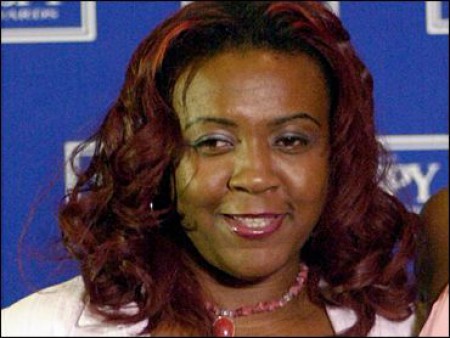 Today we are going to talk about Yetunde Price, who was the oldest half-sister of the famous tennis players Venus and Serena Williams. Among the list of female athletes, the Williams sisters have undoubtedly made a profound impact.

Yetunde Price became a victim in a shooting massacre that took place in Compton, California, in 2003. Price was murdered on the night of September 14, 2003, when she was chatting with her boyfriend in her SUV.

Southside Compton Crips street gang member, Robert Edward Maxfield, was convicted of Price's murder. On April 6, 2006, he was sentenced 15 years in prison, but he was released on March 2018 after getting his sentence reduced for good behavior.

Yetunde lived a very joyful life with her children and fiance before the tragic incident occurred. Price was in relation with her boyfriend and fiance, Rolland Wormley.

As per reports, Price had three children with her fiance. She left behind three sons named Jair Bobbitt, Jeffrey Jr., and Justus Bobbitt. Price was a registered nurse, and she also owned a beauty salon.

There is nothing much information available about Price's personal life. Also, it is not known when she became engaged with her fiance.

Yetunde was the daughter of a tennis coach, Oracene Price, and Yusef Rasheed. The exact date of their marriage is unknown, but they lived together until the death of Rasheed in 1979.

After Yetunde, Oracene and Yusef welcomed two daughters, named Isha and Lyndrea Price. Currently, Isha is working as an attorney, while Lyndrea is working as a web designer.

Yetunde Was Close With Williams Sisters

After the death of her first spouse, Oracene, and tennis coach, Richard Williams developed a bond. The pair married in 1980 and welcomed Venus and Serena as daughters. Both of them are top-ranked professional tennis players who have won many awards and championships.

Although Price was the stepdaughter of Richard, he thought of her as his own daughter. He raised the Price sisters along with Venus and Serena. Additionally, the Williams sisters were very close to them.

For your information, Yetunde was also the personal assistant of the Williams sisters. In 2016, they created a project fund called The Yetunde Price Resource Center (YPRC) to honor the life and memory of its namesake.

On the night of September 14, 2003, Yetunde and her boyfriend were chatting in her SUV, parked outside a trap house in the suburbs of Los Angeles County, California.

At that time, some members of the Compton street gang opened fire on the SUV, where the gunfire cracked through a window and hit her in the back of the head.

Price's boyfriend stated initially he didn't realize that Price had been hit but later realized there was blood everywhere. She was pronounced dead after arriving at the hospital from a bullet wound in the head.

The alleged gang member, Robert E. Maxfield, had fired 11 shots with an assault rifle and shot Price. On April 6, 2006, he was sentenced to 15 years in prison. He was released on March 8, 2018, on parole but was later re-arrested after he allegedly violated his parole.

Yetunde was quietly buried on September 19, 2003, in Hollywood Hills. She was laid at Forest Lawn cemetery five days after she was gunned down.

Price's siblings, including his daughters Venus and Serena, were among the mourners at the funeral.

This article is about Yetunde Price, mother of three kids, and sister to the global star athlete, Venus and Serena Williams. To know about your favored star, follow marriedceleb.