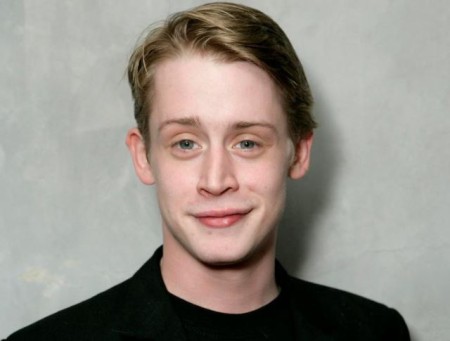 Macaulay Culkin is an American actor who probably had the biggest fame and wealth in his childhood. He was the adorable child actor known for playing Kevin McCallister in the Christmas films, Home Alone, and its sequel.

At the peak of his career, Macaulay was said to be the most successful child actor. He was ranked #2 on VH1's list of the "100 Greatest Kid-Stars" and E!'s list of the "50 Greatest Child Stars."

Since 2017, the 40-year-old actor has been in a relationship with his girlfriend, Brenda Song. Like Culkin, Brenda also started her career early but as a child fashion model. The actress has appeared in several television roles and commercials. So, how did they meet?

Culkin and Song first met on the set of Changeland in 2017. Since then the couple has been together, but they keep their personal life fairly quiet. They are yet to be married, but Culkin once revealed that they are planning to start a family soon.

Who is Brenda Song?

The 32-year-old, Brenda Song is best known for her past association with Disney Channel. Her notable works include Get a Clue (2002), Stuck in the Suburbs (2004), Wendy Wu: Homecoming Warrior (2006), etc.

Brenda has also starred in several television shows such as ABC's Scandal, Fox's New Girl. Before dating Culkin, she was engaged to musician, Trace Cyrus in 2011

Culkin was married at 18

Macaulay's first marriage was with actress, Rachel Miner. They first met in school and began dating at 17. They married in 1998 in an outdoor ceremony in Connecticut. After two years of marriage, Culkin and Miner separated. They divorced in 2002.

Miner is an actress who rose to prominence after appearing in the tv soap opera, Guiding Light. She earned critical applaud as a lead star in the 2001 movie, Bully.

In 2002, Culkin began dating actress Mila Kunis. They tried to keep their relationship very private, but paparazzi always followed them. Despite the press and constant attention, Culkin and Kunis stayed together for eight years until 2010.

Although they are no longer in a relationship, Macaulay and Mila are still good friends. Mila is married to Ashton Kutcher, and they have two children.

Macaulay Culkin has a net worth of $18 million as per celebritynetworth. After rising to fame with Home Alone, he became one of the highest-paid child actors. Although he no longer in movies, Culkin frequently appears on commercials and cameos.

Culkin, who began acting at age 4, collected a massive wealth in his early childhood. To star in the lead role of Home Alone, Culkin charged $100,000. The movie collected $476.7 million against the production budget of $18 million.

At present, Culkin is the publisher and CEO of a satirical pop culture website and podcast called Bunny Ears. He owns apartments in New York City and owns houses in Paris.

After the success of Home Alone, Culkin banked $1 million to star in the 1991 comedy-drama My Girl. For Home Alone 2: Lost In New York, Culkin received $4.5 million.

Further, Culkin's salary for the 1993 film, The Good Son was $1.5 million. One year later, he made $8 million for Getting Even with Dad. For his role in Richie Rich, the actor took home another $8 million.

Did you know Culkin turned down a role for CBS hit comedy The Big Bang Theory? In Joe Rogan's podcast, he admitted that it would have been a good opportunity for him. Well, The Big Bang Theory's lead actors earn $1 million per episode.

In an interview with Esquire, Culkin revealed his relationship with the late King of Pop, Michael Jackson. Culkin starred in Jackson's music video, Black and White, and became close friends with him.

Watch Culkin talking about his relationship with Michael Jackson!

In 2005, Michael was charged with molesting a 13-year-old boy, but the case was later discharged. Also, Culkin testified in Jackson's defence in the case. Culkin always told that he had never seen him do anything inappropriate.

Culkin is the third of seven children but lost one of his sisters in a car accident. Raised as Roman Catholic, Culkin attended St. Joseph's School of Yorkville for five years.