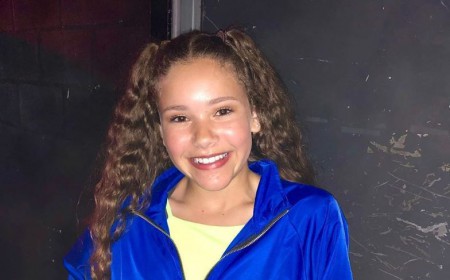 Who is Sierra Haschak?

Every child is gifted; they just unwrap their packages at different times. Well, Sierra Haschak is one such individual who rose to fame for her dancing skills and charm. She is an American dancer and social media personality who is famous for her joint collaborative Youtube channel named Haschak Sisters.

Sierra has been a part of various dance contests and has won numerous awards. In 2013, she performed in Hall of Fame Nationals in Las Vegas and won the 'High Gold Award.' She, along with her sisters, runs a YouTube channel named Haschak sisters, which has over 6.8 Million subscribers as of July 2019.

The artist further was born on November 14, 2003, in California, the United States, to parents John and Kathi Haschak. As of 2019, she is 15-year-old, and her birth sign is Scorpio. She grew up along with his sister Madison Haschak, Gracie Haschak, and Olivia Haschak. The young artist, Sierra, trains at Temecula Dance Company alongside her sisters. More to that, Sierra trains in tap, jazz, lyrical, ballet, and hip hop.

Sierra and her sisters further collaborated with MattyBRaps for the cover song Lips Are Movin. Also, they appeared in a few music clips like Girls Rule the World, Daddy Says No, Gossip Girl, and Slumber Party. Likewise, the Haschak sisters also starred in the MattyBRaps cover video of Kanye West's 'Clique.'

The cute and young artist, Sierra Haschak, is just 15 years of age. Therefore, she is too young to have a boyfriend. However, some young celebrities are already involved in a romantic relationship like Millie Bobby Brown (15) and Jacob Sartorius (16). Further, Sierra is focused on building her career as a dancer and artist.

The star has a very close relationship with her sisters and parents. She spends a lot of time with her friends and family. There is no doubt that boys like Sierra as she is cute and talented.

Sierra has a net worth of around $500 Thousand. This amount is based on the earnings of her joint YouTube channel, whose yearly earnings are around $4 Million.

Along with her sisters, she owns a YouTube channel named Haschak Sisters. The channel has over 6.8 million subscribers. The Haschak sisters' earnings from YouTube is around $500k-$4 Million per year. Likewise, their monthly earnings is between $30k-$490k.

Do click on marriedceleb, for more information about your favorite celebrities.