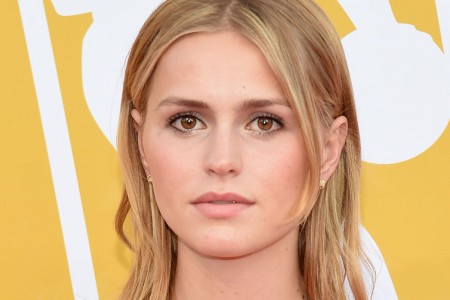 If you follow Milwaukee Bucks, an American professional basketball team, then you'd certainly know about its co-owner, Wesley Edens. And today, let's get familiar with one of his children, the 23-year-old, Mallory Edens, a social media influencer, Basketball Sports Team Business Executive, and an Instagram star.

Apart from being known as the daughter of Wes Edens, Mallory received wide media attention after appearing as the Milwaukee Bucks' team representative at the 2014 NBA Draft lottery and again at the 2019 Eastern Conference Finals. She has grabbed a huge fan base over the past few years and is one of the famous celebrity kids.

Is Mallory Edens Dating Anyone?

The daughter of Wes Edens and Lynn Edens is single and isn't involved in any romantic relationships. Despite being a well-known face in the NBA community, Mallory has kept all of her personal details behind the curtains.

Moreover, Mallory is secretive about her personal matters; therefore, she never reveals anything in front of the public domain. Mallory shares pictures with several boys on her Instagram account, which led her fans to think if someone is her boyfriend. However, she hasn't confirmed her relationship status.

In May 2019, Edens was photographed sitting next to the NFL quarterback, Aaron Rodgers leading some to speculate that the two were dating. However, the rumors proved to be false as he is dating his girlfriend, Danica Patrick.

Mallory is the youngest daughter of Wesley Edens and his wife, Lynn Edens. Her older siblings are Ryan, Madison, and Quentin. Wesley is an American businessman and private equity investor.

Wes is the co-founder of Fortress Investment Group and founder of New Fortress Energy. Besides, he is a co-owner of the Milwaukee Bucks, a professional NBA team. There is not much information about Wes' wife, Lynn, but the couple has been together for a long time.

At the 2014 NBA Draft Lottery, Edens represented her father's team, Milwaukee Bucks franchise. Then 23-year-old Mallory gained instant celebrity status when her Twitter account went from a few hundred followers to more than 15,000 in a night.

Chris Sheridan came under fire for writing that Edens "will one day be somebody’s trophy [girlfriend]." Mallory called out Sheridan and fired back on Twitter, "So just for clarity, a common thread that underwrites "trophy" wife, daughter, and "GF" is women = possessions, right?"

On May 24, 2019, Mallory Edens showed up wearing a Pusha T t-shirt to game five of the Eastern Conference Finals. The game was between the Toronto Raptors and Eden's Milwaukee Bucks. Edens was wearing the t-shirt to troll the Canadian Rapper Drake who is a huge fan of Raptors.

Edens dredged Drake and Pusha T's long-running feud, and after Raptors won the finals, Drake hilariously trolled Mallory by making her photo his Instagram icon. However, in an interview with NBA on ESPN, Edens confirmed that she is now on good terms with Drake.

Mallory Edens has a net worth of $800,000 as of 2020, and her primary source of income is modeling and association with different organizations. She is signed to a modeling agency named, Lipps LA and has posed for a few photoshoots.

On the other hand, Mallory's father, Wesley Edens, has an estimated net worth of $2.5 Billion as of 2019. He is a private equity investor and sports team owner. Apart from being the co-owner of the Milwaukee Bucks, he is also the co-founder of Fortress Investment Group. Also, he owns the League of Legends team FlyQuest.