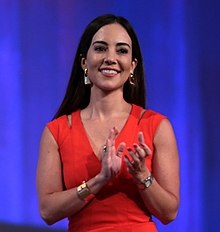 Who is Mariana Atencio?

Mariana Atencio is a Venezuelan-American journalist who currently serves at NBC News and MSNBC.

She is well recognized for covering domestic and international issues. Moreover, Atencio also achieved various awards like the National Headliner Award for uncovering a secret Government prison in Venezuela.

Mariana was born on 2nd April 1984, in Caracas, Venezuela. Born to her South-American parents Alvaro Atencio and Diana, she is the eldest of three children. As per her ethnicity, she is South-American and holds an American nationality.

The talented journalist grew up in Caracas and completed her bachelors from the Universidad Catolica Andres Bello. Later in 2008, she joined Columbia University Graduate School of Journalism and received her master's degree.

Additionally, She also attended Georgetown University, the University of California and the London School Economics.

In 2009, Mariana started her journalism career at the Globovision, the Venezuelan focused station based on New New York. Moreover, she also appeared on Vme-TV network as an anchor. The following year, Atencio also served at Univision as an investigative reporter.

In addition to her work, Mariana worked at MSNBC and covered the voters during the 2016 presidential campaign. She also interviewed Tim Kaine, who was the Vice-Presidential candidate.

Is Mariana Atencio Married? Know About Her Husband

Mariana is a married woman. She is currently living happily in a marital relationship with her husband Jose Antonio Torbay. He is a real estate entrepreneur.

Since their marriage in 2015, the couple has well maintained their marital relationship in peace. After the blissful wedding, the couple hasn't shared any children yet. Moreover, there are no rumors and controversies regarding separation or having extramarital affairs.

Also, there are no records of her past relationship and affairs.

How much does Mariana earn? How Much Her Net worth and Salary?

Atencio earns a decent amount of money from her career as a journalist. Till date, she has worked in various channels, stations and covered various major events like Presidential campaign.

How Rich Is Mariana Atencio?

The exact figure of her net worth is still under review as of 2019. However, being in the journalism field for almost half a decade, she has probably amassed a net worth in 6 figures.

How Much Does She Earn?

According to some sources, the average salary of an American journalist is $40,077. So, we can assume that she also gets paid handsomely concerning her status and experience.

On the other hand, her husband Jose Antonio has gathered a huge amount of money as a real estate agent. As of 2019, Antonio has a total wealth of $15 million.

The American journalist, Atencio stands at a height of 1.6 meters / 5 feet 5 inches and weights around 116lbs / 53kg.