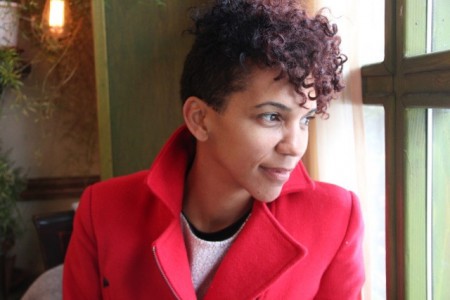 One of the inspirational figures in the world of art and movies is director and producer Martha Cunningham. If you want to know all the detail about Marta and her personal life we suggest you read the entire article.

Marta Cunningham is a popular actor turned director who was born in Northern California on April 19, 1971. She not only has contributed as an actor in Hollywood, but she is a multi-dimensional artist.

She has consistently devoted herself to different areas of art; as a dancer, writer, and a choreographer as well. The brilliant woman has done exceptional work in directing movies and is known mainly as a director.

At the tender age of 14, she first started her professional career as a dancer, dancing with the company at the Peninsula Ballet Theater. Marta studied English literature at Georgetown University.

Later the documentary was premiered at the Sundance Film Festival’s U.S. Documentary Competition. It was also premiered in HBO n 2013. Her work was nominated for two News and Documentary Emmy Awards. The film was critically acclaimed, and it also won her worldwide fame and recognition. ​

Her other memorable works besides Valentine road are Dancing at the Blue Iguana and the Times of Harvey Milk.

She got married to James Frain in 2004 who is an English stage and screen actor. The actor also appeared in the popular TV series Game of Thrones. They both share beautiful chemistry and enjoy a happy married life together. From their marriage, Martha and James have two children. There has never been any rumor of their divorce or family problems.

Cute Tweets By Her Husband

The proud husband of Marta in one of his recent tweets mentioned that this beautiful wife had directed the star trek episode in which he also had a role.  This shows the strength of their beautiful bond.

They both are extremely busy with their careers. However, they manage some time for each other. In order to keep the flames of their love ever sparkling, the couple has date nights, time only for the two of them together as mentioned by some sources.

She owns her own production house named Sugar Sky Pictures, which is in the pre-production stage of several television series, films, and documentaries.

In 2016, Marta was nominated for an NAACP Image Award in the category of Outstanding Directing in a Comedy Series. She was awarded the prestigious Baker Scholarship for her outstanding contribution.

The 47 years old has an estimated net worth of around $500 thousand annually. The detailed information about her salary is not available at the moment. Similarly, there is also no information about her other assets, car, and houses. Viewing her Instagram profile, we can easily say, Marta loves visiting new places during leisure time.