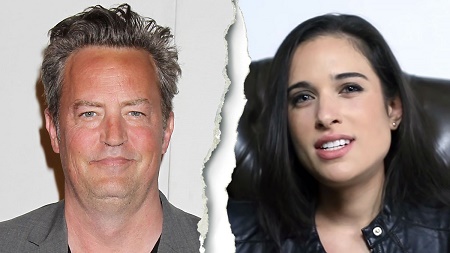 It's over for American-Canadian actor, Matthew Perry, and his girlfriend Molly Hurwitz. Their romance has come to an end after two years of a love affair.

Following nearly two years of dating, the 'Friends' Alum and the talent manager have officially agreed to go their separate ways. On Friday, May 1st, Sources tells In Touch Weekly that '[separation] happened very recently, saying: “It was very amicable."

In the meantime, it is also unclear why the pair broke up and the allegations were not discussed either.

The actor 50, and the 29-year-old Molly first met in 2018, but until December 2019 they had not seen them together. US Weekly first revealed exclusively in January that they were in a relationship. The stated at the time: “[Molly is] telling friends that she is not in it for fame, but she secretly loves the attention she’s been getting from their relationship".

The two were first seen in December 2019 at a restaurant in West Hollywood. They were also spotted at his swanky LA penthouse in Century City, Los Angeles, enjoying Christmas Party together.

Later, Hurwitz, who is 20 years younger than the star, also made their relationship official, posting a tribute to Perry on Valentine's Day on her private Instagram page. "The second year being my Valentine, but his first as an Instagram influencer, " she quoted a post according to sources.

Matthew recently posted a picture on his Instagram post with a woman who's sitting on his balcony in the middle of a quarantine. He captioned: “We have a fire pit, the ocean, and we have no idea what to do.”

For Access to All our Exclusive Celebrity News Then Visit Marriedceleb

It's Over! Kristin Cavallari and Jay Cutler Announce Their Split