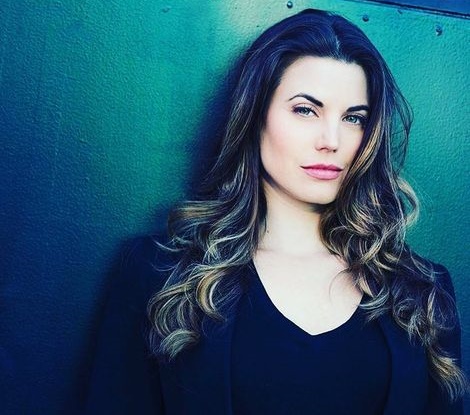 Who is Meghan Ory?

If you have watched the famous ABC fantasy series Once Upon a Time, then you probably know, Meghan Ory who played the role of Red Riding Hood/Ruby. Well, she is a Canadian film and TV actress who is also known as Riley Neal in short-lived CBS drama Intelligence and is currently as Abby O'Brien in Hallmark family drama Chesapeake Shores.

Meghan Ory was born on 20 August 1982 in Victoria, British Columbia, Canada. Further, she is the daughter of father Nathan E. Ory and mother, Bonnie Ory. She has one brother named Jesse Ory, who is a doctor. Ory holds Canadian citizenship and mixed(Ashkenazi -Jewish)ethnicity.

Ory started her acting career from the Fox Family Channel television movie, The Darklings in 1999, opposite Suzanne Somers and Timothy Busfield. Since then, she has appeared in many films such as Decoys, Dead Rising: Watchtower, Dark House, Blonde and Blonder, and John Tucker Must Die.

How Much Net Worth does Meghan Ory have? Salary

As of 2019, the Canadian television and film actress,  Meghan Ory has a net worth of $2 Million. She has made this wealth through a successful career in acting. Well,  she has also performed film work and as well as appearing as a guest in numerous famous television shows. As Ory continues her career, her wealth is expected to continue to grow as well.

Ory receives an impressive amount of $19,230.77 per week, which adds up to $83,333.33 per month as per celebrity net worth. Similarly, Meghan reportedly receives an annual salary of $1 million for her appearances. Her movie John Tucker Must Die grossed $68.8 million at the box office.

With such a highly prolific career, the actress is definitely living a luxurious lifestyle. Moreover, other additional information about her assets, cars, house, etc. are not disclosed as of today.

The beautiful actress, Meghan Ory is happily married. She and her husband John Reardon walked down the wedding aisle in the year 2008 after dating each other for two years. Well, her partner John is also a Canadian actor and former university football player as well.

Ory and Reardon first met each other while on the set of miniseries Hallmark’s Merlin’s Apprentice in 2006. Obviously, something clicked between the two because they were starting to go out. Two years later, a marriage blossomed into their love affair. Now, they are living a happy life together.

In the past, there was a rumor that the actress was in a relationship with the co-actor of ABC series Once Upon a Time. But, they never come out officially as a lover.

After ten years of long-time marital relationship, Ory and John welcomed their first child in May 2018. Along with this, the couple is expecting their second baby as Meghan recently shared her pregnancy on Instagram on 24 July 2019.

As per her birthdate, Meghan Ory's age is 36. Further, the actress blows out her birthday candle on 20th August.

Do Visit marriedceleb for more detail.