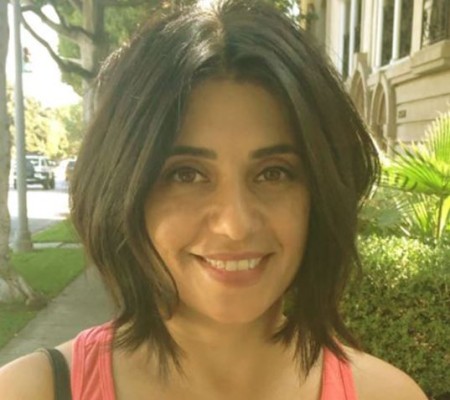 Minoo Rahbar and her husband, Jackson Galaxy, can be called a "match made in heaven." While Jackson is a renowned tv personality, Minoo is also famous for her marriage to the tv show host.

Minoo is an animal and cat-rescue enthusiast who advocates for animal safety. Her husband is a cat behaviorist best known as the host of Animal Planet's show, My Cat from Hell. Let's dig into the couple's achievements and their personal life.

Married Life with The Cat Daddy

Rahbar is a married woman, and she lives happily with her spouse, Jackson Galaxy. They married on June 29, 2014, in a small intimate ceremony. Their wedding took place at the no-kill pet sanctuary of Best Friends Animal Society in Kanab, Utah. Their dog Mooshka served as the ring bearer.

The husband-wife duo has been together for over six years as of now. Jackson once revealed he never thought of getting married until he met Minoo. The pair doesn't share any children, but they share five indoor cats, four feral cats, three dogs, and two turtles.

How the couple's love for animals brought them together?

Back in the early 2000s, Minoo and Jackson first met at a fundraiser event for rescued kittens. Having a similar interest and deep love for animals, the pair instantly connected. Afterward, they went on a coffee date and began dating.

He goes by the nickname, 'The Cat Daddy.’ Jackson Galaxy, a cat behaviorist, author, and tv personality, is best known for hosting 'My Cat from Hell.' He is a former cat consultant and has worked with several animal shelters.

Since 2013, Jackson has been hosting a web series called Cat Mojo on Animalist Network. Further, he has published two New York Times best-selling books. The cat expert has written a few other books as well.

How a cat changed Jackson's life?

Jackson was born as Richard Kirschner in 1966 in New York City, the United States. He changed his name legally in his 20s. Jackson, who wanted to be a musician in his early days, was a drug and alcohol addict.

While living in Boulder, Colorado, Jackson volunteered in animal shelters. One day he saw a woman dump a cat who was hit by a car and was in bad condition. Jackson took the cat named Benny as a project. Also, he recovered from his addiction, and since then, Jackson has never looked back.

The animal advocate, Minoo Rahbar, hasn't revealed her actual income and net worth. The average salary for animal rescuers is around $28,316. Meanwhile, her husband, Jackson, has a net worth of $1 million.

Rahbar might receive a hefty sum of money from her work in animal welfare. Meanwhile, her spouse earns from his show, books, and business ventures. The couple owns a cat consulting firm as well.

Minoo has been sheltering and rescuing animals for a long time. For her contribution, she won the 2011 Kitchen Rescue Advocacy Award. She was given the award at House of Blues in West Hollywood. Like Rahbar, Carole Baskin is an animal activist and CEO of Big Cat Rescue.

Minoo was born in the late 1960s, and she celebrates her birthday on August 8. She is of American nationality, but she was not born in the United States. Most people assume that her home country might be India.

At 11, Minoo and her family migrated to the U.S and settled in California. Rahbar attended the US Grant Academy. Later, she earned a degree in anthropology from the University of California, Berkeley.