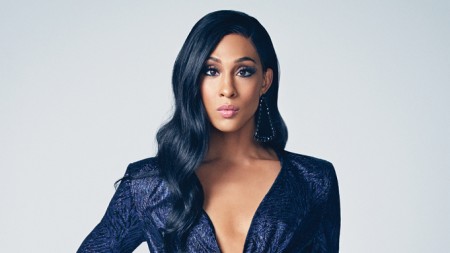 Mj Rodriguez is an American actress and singer who became the first openly transgender woman to win Best Actress in 2019. She is best known for her role as Blanca Rodriguez-Evangelista in the television drama, Pose. Further, Rodriguez won the 2011 Clive Barnes Award for her role as Angel in the Off-Broadway revival of a rock musical, Rent.

Michaela Jaé Rodriguez was born on January 7, 1991, in Newark, New Jersey, the United States. She is 29 years old as of 2020. She was born to an African-American mother and a Puerto Rican father. MJ is a self-described comic book geek; hence she took the Marvel Comics character Mary Jane "MJ" Watson as her initial name.

MJ wanted to become an actress at the age of seven. She attended the Queen of Angels Catholic School. When her mother enrolled her in the New Jersey Performing Arts Center, MJ began pursuing acting. Similarly, she also participated in the New Jersey Youth Theater program.

Rodriguez fought with her sexuality at an early age. She came out of her closet at the age of 14, and her parents fully supported her identity. After graduating from Newark Arts High School, Mj attended Berklee College of Music. She was a 2009 Star-Ledger scholarship recipient and a 2009 Young Arts first level scholarship recipient.

When Rodriguez was in her early 20s, she began to explore the transitioning process. In 2012, she decided to transform from a male to a female. However, MJ began hormone replacement therapy in early 2016. After transitioning into a female, MJ no longer auditioned for male roles. Further, her representatives were also supportive of her new gender identity.

In 2016, she appeared in a small role in the Netflix web series, Luke Cage, set in the Marvel Cinematic Universe (MCU). Well, Rodriguez is the first transgender actress to appear in the MCU. Like Rodriguez, actress Nicole Maines also appeared in CW's Supergirl.

Is Mj Rodriguez dating anyone?

Yes, the talented actress is in a relationship with a handsome guy.  MJ chose valentine's day to reveal her boyfriend named, Stephen. On February 14, 2020, she shared an Instagram video praising her lover.

On the post, she wrote: "Baby, I wouldn’t choose it any other way. I love you. I feel like I can be my truest self when I am around you. You have shown me what love truly looks like when it’s balanced and easy. I’m so proud to call you my Valentine but, most importantly, my boyfriend."

Many of her fans showered their congratulations and love to the couple. Likewise, Mj's colleagues were happy about the pair's relationship. However, there is no detailed information about Stephen's background. It is also not known when the couple began dating.

The Pose star, Mj Rodriguez, has a net worth of $400,000 as of 2020. She has been active in the entertainment industry since 2011. Therefore, Mj has amassed a decent income from her profession. Rodriguez received around $40,000-$45,000 per episode for her appearance in Pose. The television drama includes a large cast member of transgender actors.

Apart from television and theatre, Rodriguez has also appeared in a number of movies. She advocates for the LGBTQ community. Further, MJ earns additional cash from brand endorsements and campaigns.

In November 2019, she bagged a contract with Olay, a popular skincare brand. Following her deal, Mj became the first Latina trans woman to partner with Olay. Do you know Caitlyn Jenner is probably one of the richest transwomen?