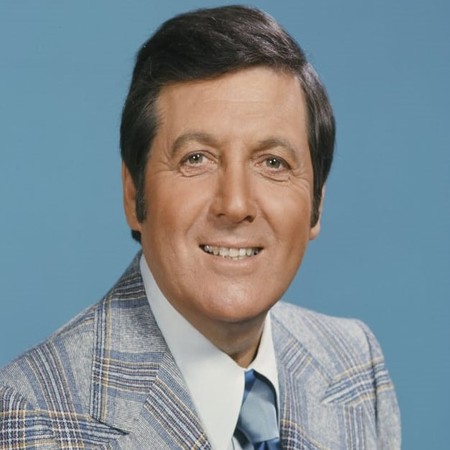 Monty Hall was a Canadian-American game show host, producer, and philanthropist. Moreover, he is famous for his long-running host of Let's Make a Deal. Besides, he also is known for the puzzle named after him, the Monty Hall problem. Apart, Hall spent much of hos-Deal days involved in philanthropic work and he helped to raise around $1 billion for charity in his lifetime. Unfortunately, Monty left this world in 2017 at the age of 96.

Let's Make a Deal host, Monty Hall was born as Monte Halperin on August 25, 1921, in Winnipeg, Manitoba, Canada. Moreover, he is the son of Jewish parents, Maurice Harvey Halperin(father), who owned a slaughterhouse and Rose Rusen Halperin(mother). Hall holds Canadian-American nationality and belongs to white ethnicity. He attended Lord Selkirk School and later, St. John's High School. Moreover, he completed his Bachelor of Science degree from the University of Manitoba with majored in chemistry and zoology.

The long-time game show host, Monty died on September 30, 2017, at his home in Beverly Hill at the age of 96. Moreover, the cause of his death was due to heart failure. However, he was interred with full of respect and honor at Hillside Memorial Park Cemetery on October 3, 2017. We wish his soul may rest in peace.

Who Was The Wife of Monty Hall?

Well, the legendary game host, Monty was married to his late partner for a long time. His wife's name was Marilyn Doreen Plottel. Moreover, the couple married each other on September 26, 1947. Further, they met for the first time through a mutual cousin, Norman Shnier in 1946.

Since after their meeting, the duo felt a special attachment and later walked down to aisle. Besides, the couple was enjoying their happy married life until the death of his wife, Marilyn on June 5, 2017, at the age of 90. Moreover, Monty and his wife lived together for 69 years of their life together by overcoming every up and down of their life.

There was no doubt that the couple remained faithful to their relationship for over three-decade without rumors of divorce and separation. After the death of his wife, Monty was so sad and heartbroken. Apart, the couple shared three lovely children from their long martial life.

Monty on his long married life of three-decade with his late wife, he became the father of three lovely children. The couple shared two daughters, Joanna Gleason, and Sharon Hall, and a son, Richard Hall. Moreover, their daughter Joanna is a Tony Award-winning and well-known actress.

Apart, their second daughter, Sharon is currently working as the president of Endemol Shine Studios. Besides, his son, Richard is an Emmy Award-winning television producer. From this, we can guess that his children are already settled in their respective fields.

How Was Net Worth of Monty Hall Until Death in 2017?

Monty had collected an impressive amount of net worth from his career as a game show host, producer, and philanthropist. Moreover, his net worth was estimated at around $10 million till his death in 2017. Kerry Kennedy is an American human rights activist which has a net worth of $10 million.

However, his exact annual salary is still missing yet. Besides, his main source of earning was from long-running game show host, and programs like Let's Make A Deal and Monty Hall Problem. Apart, from the death of his and his wife in 2017, his Beverly Hills home was sold by his children in 2018.

They sold the house at a real estate price of $6.409 million according to the Los Angeles Times. The house is nearly 3,900 square feet and two-story. With such a hefty amount of earning. Monty has lived a lavish life till his death in 2017.

Stay in Touch With Married Celeb!!!