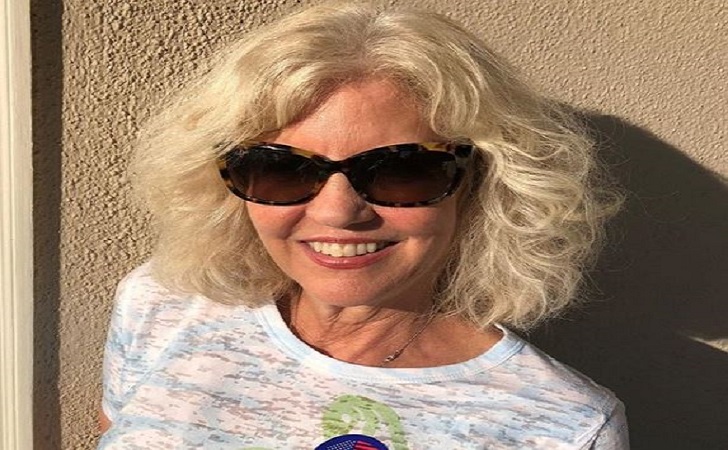 Nancy Allen is a retired American actress. She is one of the ruling actress from the 1970s and has appeared in many movies which was a grand success at the same time. She holds American nationality and her birth sign is cancer.

Nancy Allen was born on 24 June 1950 in The Bronx, New York City, United States. So far, she was also romantically bonded with American actor, Michael Pare besides her all three marriages. They stood together as a romantic partner for only a year.

Nancy was married to Brian De Palma for five years. The couple dated for a year then gets married in 1979. Brian De Palma is a famous film director and screenwriter, who was born in New Jersey and raised by his parents. In the year 2015, a documentary film, De Palma was released based on his Brian's life story which was directed by Noah Baumbach and Jake Paltrow.

Brian was one of the vital characters of Nancy's career. He took Nancy to the big screen and gave her a leading role in the multiple movies. It was a massive change in Nancy's career. The happily married couple divorced in 1984.

One Year Married Life With The Comedian

After getting divorced with her first husband, Nancy joined several other veteran stars in Acting on Impulse which was released in 1993.

The same year she gets married to her co-star Craig Shoemaker who is an observational comedian. The pair only enjoyed their marital life for a year then after two get separated from each other in 1994.

After getting a divorce with the Craig. She dated Randy Bailey for a year, and the duo got married on June 1998. The couple was deeply in love with each other sharing everything possible. The happily married life lasted for nine years and ended up on May 17, 2007. The pair ended up following their own paths.

Having many ups and downs in her personal life, the 69 years old actress still manages to find her lover. She is currently in relation with her long-time boyfriend, Jay. The couple started dating each other on September 4, 2015.

The couple is so deeply in love, and they usually post their photos on social sites. The couple is together for four years now, and maybe they are planning for their marriage soon.

After the study, she debuted her film career from the movie The Last Detail, where she played a small role of Nancy. Then after she was inspired and moved to Los Angeles for acting career. In 1975 she played the role of Hitchhiker in the film Forced Entry.

Later she played in the movie Carrie, Home Movies, Gladiator in 1976, 1980 and 1986 respectively. Her height in the film industry rose after the character of officer Anne Lewis in the movie Robocop, which was released in 1987.

That success leads her to appear in multiple parts of the Robocop movie and many more role in different movies. Such as The Man Who Wouldn't Die, Out of Sight, Circuit and many more.

Having great success in the field of movies, she still manages to shine in multiple TV roles. She played as Paula James in Another World from 1983 to 1984.

As a Megan in Touched by an Angel which was shown in 1994, As a Helen White in Judging Amy, Carin Healy in Law and Order: Special Victims Unit many more roles in different TV series.

In 1980 she was the for Stinkers Bad Movie Awards the category Worst Actress for Dressed to Kill movie. In 1981 she was nominated for Golden Globe Award the category New Star of the year in a motion picture-female.

Nancy Allen has an estimated net worth of around $8 Million. Being in numerous movies, she has gained massive fan following and remuneration.

Currently, she is residing in her apartment in New York, United States. After the retirement from acting in 2008, she has been involved in anti-cancer activism. She is currently executive director of the weSPARK Cancer Support Center in Los Angeles.

Besides all of this her movies, Robocop worldwide gross was around $53.4 Million, Robocop 2 with grossed $45.6 Million, and Robocop 3 made a box office collection of $10.6 Million worldwide.