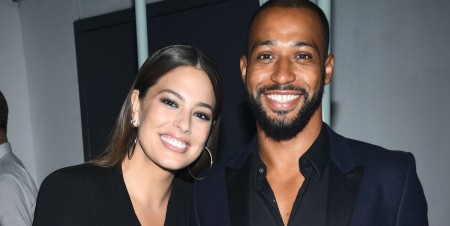 At the age of 32, the swimsuit model, Ashley Graham gave birth to a baby boy on the 18th of January on Saturday. Graham announced the birth of her first child along with her partner Justin Ervin, a cinematographer via Twitter.

Shortly after the birth of her kid, she tweeted on her Twitter account, where she wrote about the birth details of her baby boy and the incredible times of his arrival.

On 14th August 2019, Ashley and Justin shared a video on Instagram, where they announced there would be a new member of their family. During that time, the duo was celebrating their 9th wedding anniversary while Justin was taking his right hand on Ashley's baby bump.

"Nine years ago today, I married the love of my life. It has been the best journey with my favorite person in the world! Today, we are feeling so blessed, grateful, and excited to celebrate with our GROWING FAMILY! Happy anniversary, @mrjustinervin Life is about to get even better."

Justin, furthermore, shared a picture of him and his wife, holding a prenatal period picture of their unborn child on 14th August 2019via Instagram. In the Instagram post, he wished Graham for their 9th happy anniversary.

He wrote sweet things about Ashley being his love and daily inspiration. Justin further captioned, that his life started after meeting with Graham. Ervin concluded the sweet message with three magical words, "I Love You."

During an interview on the Ellen DeGeneres Show, Graham revealed the gender of her upcoming child, which followed up a big announcement to her exciting fans on 7th November 2018. The plus-size supermodel proclaimed that she is having a boy while answering to DeGeneres' rapid-fire questions.

By the end of 2019, Graham featured in the cover of Vogue with the title of "It's Time To Fashion The Future." The Vogue magazine also named her as "The Model Who Changed An Industry" related to modeling.

She has also shown her amazing pregnancy curves on her new promo campaign for Swimsuits magazines, including Sports Illustrated, Glamour, and so on.

As an advocate of Body Positivity and a proponent of the Health at Every Size campaigns, Ashley gained 50 pounds during her pregnancy period. In her Instagram picture, she is seen practicing yoga at the Sky Ting Yoga - Tribeca Centre.

Just like Graham & Ervin's surprising news, Christina Milian and her husband, Matt Pokora also became the parents of a newborn baby boy, Isaiah Pokora, who arrived in the same month of Ashley's child was born.