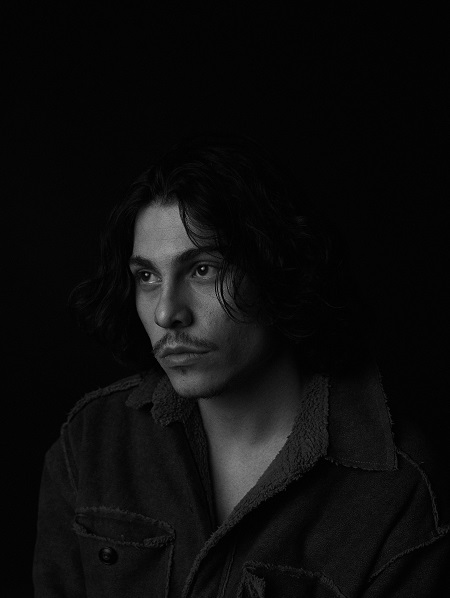 If you are a regular viewer of latest quarantine Netflix TV series, Outer Banks? Nicholas Cirillo is familiar to you who plays the 25-year-old drug dealer Barry in four of the 10 hour-long episodes of the series. He is an Amerian Actor who made his film debut with a film David Raboy's The Giant by playing as Taylor in 2018.

Nicholas was born on June 5th, 1997 in New York United States as Nicholas Vincent Cirillo. He is the son of late Dr Nicholas Cirillo, a gastroenterologist at Wilkes Medical Center and Joyce Cirillo. Sadly his father passed away in 2006. He has two sisters named Victoria Cirillo, and Lauren Cirillo Males. He is a 2014 graduate of Wilkes Central High School.

The 6 feet 1 inch tall handsome actor Nicholas does not seems to be connected in the dating game right now. Further, we have no idea in the meantime whether he is a single or if he is already taken off the market.

To date, Cirillo, aged 23, has never seen being intimate with any mysterious women. And also he has never formally announced his relationship with any partner to the public or media. So we can assume that he is living his single life in the best way possible.

Rather than his love life, he is more focuses on his acting work. Apart from that, he wants to live in a low key as he is not active in any kind of social platforms like Instagram, Facebook and Twitter.

Nicholas Cirillo maintains a net value of $450, thousand as of early August 2020. The primary source of his considerable fortune to his professional career in acting. Well, his performance in various television series help to earned both fame and name during his career.

In the meantime, an artist receives an average annual salary of $56,662 in the United States. So, his profits must be in the same category. But recently he got his big break in the latest television series, Outer Banks. Thus, Cirillo might make $20 thousand per episode for his character.

The action-adventure mystery teen drama web television, Outer Banks was premiered on April 15, 2020, on Netflix. It was created by twin brothers, Josh and Jonas Pate, born in Winston-Salem. Well, Cirillo plays the character of Barry, Rafe's drug dealer and the owner of a pawn shop in the series. Rafe's character is played by Drew Starkey.

He shared the screen with many TV stars such as Madelyn Cline as Sarah Cameron, Madison Bailey as Kiara, Jonathan Daviss as Pope, Austin North as Topper, Drew Starkey as Rudy Pankow as JJ, Caroline Arapoglou as Rose, and others. In July 2020, the show was renewed for a second season.

In addition to that, Nicholas has performed in several TV series including The Giant, The Forbidden Zone, Parcel 9, Dead Calm, and The Phantom. Similarly, he featured in famous Hulu's TV series The Act as Luke and Netflix's Stranger Things.