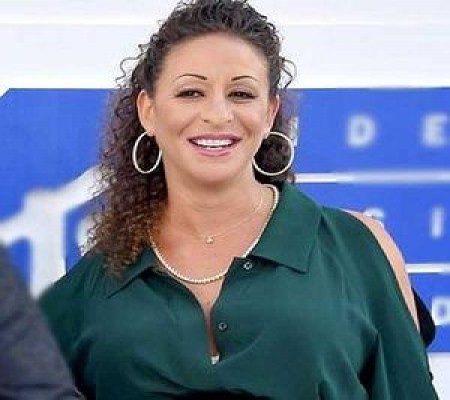 Today's article is dedicated to all the fans of DJ Khaled, an American DJ, record executive/producer and media personality. However, we will discuss about the lesser known side of his personal life. In detail, today's column is about Khaled's wife, Nicole Tuck. So, without any ado, let's know in full details about her marital solidarity with Khaled.

Who is Nicole Tuck?

The 43-year-old, Nicole Tuck is an American businesswoman, fashion designer, and an artist manager who currently serves as the owner of a clothing line called, ABU apparel. Moreover, she is widely popular as the wife of famous personality, DJ Khaled. She is the unofficial manager of her spouse. Also, the couple is married for a longtime. Similarly, they share an adorable child, a son named Asahd Tuck Khaled.

Nicole Tuck was born on December 7, 1975, in New Rochelle, NYC, United States. As per sources, she grew up in Miami and belongs to the mixed descent of Palestinian-American-African ethnicity. Also, she grew up with two siblings. One of her brother named Jonathan Tuck died in an alleged drug deal after being shot in 2018.

Talking about Nicole's education, she earned her Bachelor's Degree in 2003 from Marymount Manhattan College. Likewise, she completed her Masters Degree from Fordham University in 2005.

The celebrity wife of DJ Khaled, Nicole Tuck is the owner of her clothing brand called, ABU apparel. The name Abu stands for Always Be You while it means father in Arabic. Besides, she is also dubbed as the unofficial manager of her spouse.

As mentioned, Nicole is a married woman. She is married to her longtime partner, DJ Khaled. An interesting fact is that Nicole met her husband before he was even a celebrity. Since then the couple has been together and living a blissful married life.

The exact evidence about their wedding is still behind the curtains. As per sources, they might have secretly married after they welcomed their first child. However, the news of their engagement surfaced when Nicole was pregnant with Khaled's child.

The husband-wife duo welcomed their first son named Asahd Tuck Khaled on October 23, 2016. Do you know DJ Khaled gained national attention after streaming his son's birth live on his Snapchat account? Their son's name Asahd mean Lion in Arabic. Asahd Khaled at just two years old has been tagged as an executive producer of his father's album, Grateful. At his first birthday, Asahd received a watch worth over $100,000.

As per sources, Khaled and his wife, Nicole Tuck has been together for over 15 years as of now. In a recent interview, Khaled revealed that the lovebirds are planning to extend their family. Well, we will see the baby boy Asahd as a brother of his sibling soon.

As of 2019, the celebrity businesswoman, Nicole Tuck has a net worth of $5 Million. She is currently focusing on expanding her clothing line called ABU apparel. Also, she is the unofficial manager of her husband.

Apart from her career, Nicole is also involved in charitable works to empower youths. There is no doubt that Tuck lives a lavish lifestyle. In April 2014, Khaled gifted his wife a brand new Rolls Royce which costs over $400,000. Additionally, Nicole also owns a stunning Bentley.

In January 2017, Khaled purchased Robbie Williams' former 10,681 square-foot estate for $9.9 Million. The house located in the gated Mulholland estates community in LA consist of seven bedrooms and eleven bathrooms. Apart from that, the mansion also consist of wonderful views and landmarks.

The house was originally listed in June 2016 for $11 Million. The French Normandy-style estate was custom built in 1992. Apart from the house in LA, Khaled purchased a waterfront home in Miami for $25.9 Million in 2018.

The contemporary Miami Beach House has a two-level gazebo and an 80-foot long pool with 12,750 square feet space. As of now, Nicole and Khaled spent their time in their massive house along with their little prince.

Nicole Tuck's spouse and one of the popular music celebrities in Hollywood, DJ Khaled has a giant net worth of $35 Million. As of 2019, Khaled has seen a significant improvement on his earnings. But, the DJ although impressive had a minimum net worth of $3 Million in 2013.

Apart from being the record label executive, author, and a DJ, he is also the president of record label 'Def jam South.' Further, he is the CEO and founder of 'We the Best Music Group.'

Besides his music career, Khaled owns restaurants, real estate property, and a publishing company. He earns a desirable income as fees for gigs, deals with Mentos, Champ Sports, Apple and other brands. Just for an additional information, a young DJ named James Kennedy is building his career wonderfully.

In particular, Khaled has a natural liking for Rolls-Royce. Additionally, he owns several luxury cars whose total worth is over $3.5 Million.

Apart from several cars, Khaled owns a stunning private jet whose image can be seen on his Instagram.

The beautiful Nicole Tuck stands at the height of 1.7m ( 5 feet 7 inch) and has a body mass of 143 lbs (65 kgs). Similarly, she has a perfect body measurement of 36-28-36 inches. Further, she has brown eyes and black hair. Even at her early 40s, Nicole has a perfectly built physique.