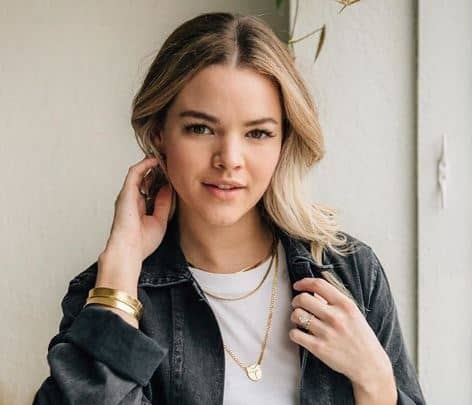 The Bachelor's star Nikki Ferrell is one of the known personalities in Hollywood. Her unique personality and great physic have led her to gather a large fan following in a matter of time. She is the winner of season 18 of the reality series, The Bachelor.

The reality star, Nikki was born in Kearney, Clay County, Missouri, the USA on October 29, 1986. Currently, she is thirty-three-years-old. Apart from the frame she is the Pediatric Nurse and is very devoted towards her works according to her. Let's know more about the beautiful and gorgeous Nikki.

The winning contestant of the Bachelor's, Nikki exchanged her wedding vows with Tyler Vanloo back in October 2016. They were known to be dating since 2015 and within a year of dating the couple married one another in front of family and friends.

Which included her fellow Bachelor season 18 star Andi Dorfman. Who performed as a bridesmaid for the ceremony. However, within two years of their marriage the pair called it quits with certain misunderstanding. They even deleted all traces of each other in their respective social sites account.

Just for the information, the winner of season 17, Catherine Giudici is also happily married.

Reunited with her husband after the separation

Though previously the pair got separated from one another they still are in their nuptial knots. As of now the couple is reunited recently and loves to spend time with one another. They are seen traveling various places together in their leisure which both of them uploads in their respective account.

Further, the pair are now married for over three years and seems very much happy with one another. Till now there are no news regarding the duo's external marital affairs and relationship. Neither there's news regarding the couples inviting new member in the family. It seems like they are still making good family planning.

Nikki's one of the highlighted relationships was with a former professional soccer player, Juan Pablo Galavis. The two met at the set of the season 18 of The Bachelor. Juan chooses her as a partner but did not propose her.

The duo even dated several months after the show and appeared on numerous shows. However, they split in January 2015 in a mutual understanding.

Check out Juan Pablo and Nikki Ferrell sign up for Couple's Theory!

In a show, Ferrell told host Chris Harrison that both of them tried very hard to be in relationships but in the end, it all faded away. As of now, she is happily married to her husband. While Juan began dating TV host and model Osmariel Villalobos in 2016 and later married on August 7, 2017.

How rich is the Bachelor's winner, Nikki Ferrell?

Nikki's net worth hasn't been estimated yet, However it is believed that her total fortune is over $500,000. As a winner of the series, she has grabbed large media attention and fan following. Lauren Bushnell who is the winner of the season 20 of The Bachelor has a net worth of $1 million.

Further, she is also a pediatric nurse and her annual income falls between $64,700 and $81,700. As of now, she enjoys a happy and quality lifestyle with her husband.