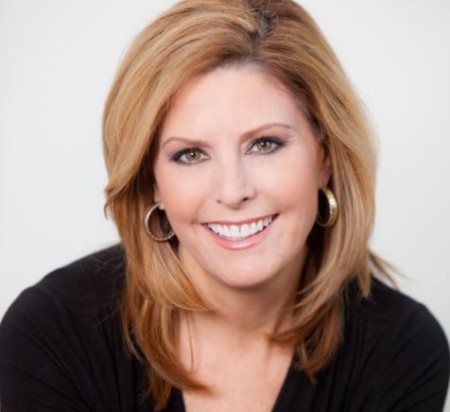 In the world of commercial journalism, Nina Easton has established herself as one of the most respected and famous personalities. The 61-year-old American lady is best known as the former senior editor and award-winning columnist for Fortune Magazine. At present, she is the co-chair of the Fortune Global Forum.

Nina is an empowered female, and she inspires girls via different occasions and media. Since 2016, she has been the co-founder of SellersEaston Media, a service that preserves the legacies of leaders in business, public service, and philanthropy.

Who is Nina's Husband?

Easton is currently married to Russell Schrieffer. They have been married since November 27, 2004. Their wedding ceremony took place at the University Club in Washington.

Nina's husband, Russell, is a political and media consultant. He was the senior adviser to the 2012 presidential campaign led by Mitt Romney.

The former editor and her consultant spouse have been together for 16 years. They share a daughter named Elizabeth Rose Schrieffer (Ellie).

In 2007, Nina and  Russell were listed in the Washington Monthly as one of Washington's "power couples."

Easton was previously married to Ronald Brownstein, a journalist, and political correspondent. They shared two sons, Daniel and Taylor.

After a while, the couple separated and moved on with their respective lives. Currently, Ronald is happily married to Eileen Nicole McMenamin.

Like Easton, her current husband, Russell, was also married. There are no additional details about her past marriage.

Nina Easton's net worth has grown significantly over the past few years. She holds at least $5 million fortune as of 2020. She built her wealth, working in various professions such as writing, commentating, and doing business ventures. Another award-winning author and journalist, Liz Crokin, has a decent net worth.

Nina has several stocks, properties, and luxury possessions, which adds up to her net worth. As an award-winning personality, Easton earns an estimated annual salary of over $125,328. Easton, as a speaker, charges a hefty sum for speaking events and media appearances as well.

Honored as the 2020 Business News Visionary

The co-chair of Fortune's Most Powerful Women Conferences was recently honored for her contribution to the media.

She was named a 2020 Business News Visionary and is one of 52 prominent business and financial journalists. In the past, she won a National Headliner Award in 1994.

Nina Jane Easton was born on October 27, 1958, and grew up in California. She graduated from the University of California, Berkeley, in liberal art and science (Phi Beta Kappa).

The details regarding her family background are under the shadow.

Like most renowned personalities, Easton has faced numerous rumors and controversies throughout her profession. However, most of them are related to her appearance.

In her early 60s, Easton still looks beautiful and young. Many viewers assume that she might have spent a whole lot of money for plastic surgery. If you appear on television most of the time, then looking pretty is not a big deal.

Easton is a best-selling author, and she has published several books. With her ex-husband, she co-authored the 1982 Reagan's Ruling Class: Portraits of the President's Top 100 Officials.

Further, in 2002, Easton published a book titled Gang of Five: Leaders at the Center of the Conservative Ascendancy.

During her time at Boston Globe, Nina co-authored the 2004 book, John F. Kerry: A Complete Biography by The Boston Globe Reporters Who Know Him Best.

From 2005-2016, Easton worked as a regular panelist on Fox News. She appeared on Fox News Sunday and Special Report with Bret Baier. Similarly, Nina has served as a political commentator on tv networks like NBC, CBS, ABC, and PBS.

At the 2004 elections, Easton was an analyst on CNN. During the 2008 campaign, she was an election commentator for Fox News.

Currently, Easton is the co-founder of SellersEaston Media.  But at the age of 23, she began taking her journalism career as a serious job. She worked as a staff writer for various firms and agencies like American Banker, Los Angeles Times.

Easton worked as a deputy bureau chief at the paper's Washington bureau after joining The Boston Globe in 2003. Her coherent hard work gave her reward in the form of a post Senior Editor in Fortune magazine, where she worked from 2006-2016.

She is also a TV commentator and has been on the panel for many news agencies covering economic and political views.