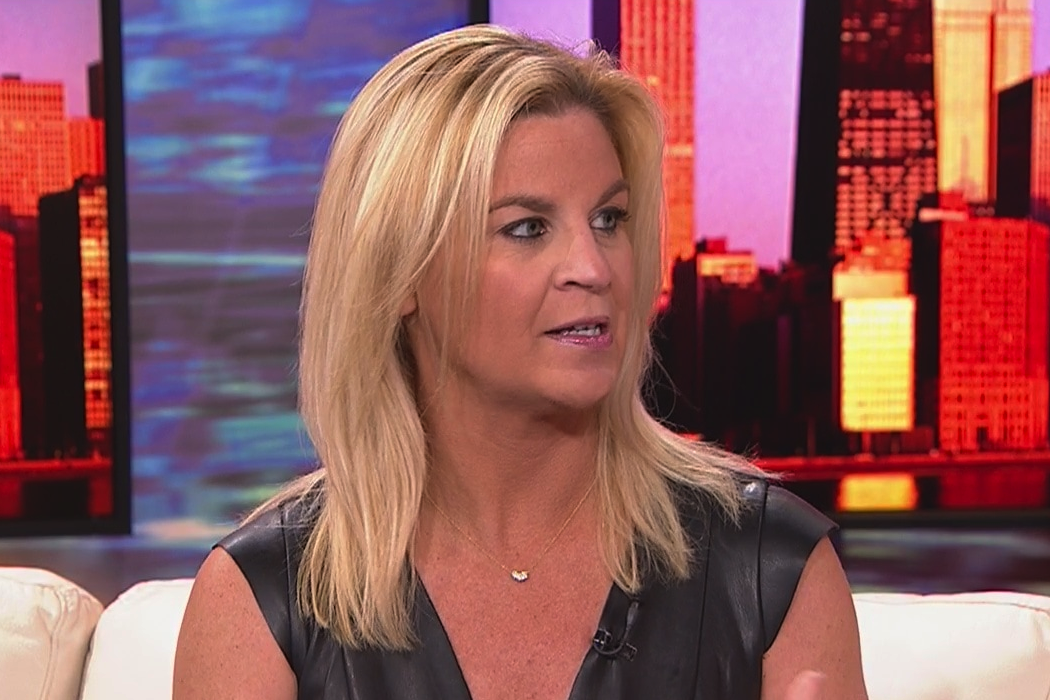 An award-winning author and journalist, Liz Crokin is best known as a gossip columnist and often praised for her conspiratorial writing. Further, her works can be seen in the RedEye Edition of the Chicago Tribune.

Moreover, she has won the hearts of her followers and fans by her works and as an advocate for a sex crime.

The famous author and journalist, Liz Crokin was born on 8 February 1979 in Chicago, Illinois, The USA. Likewise, she belongs to white ethnicity and holds an American nationality.

She was born to Jerome and Karen and grew up along with her brother, Patrick.

Liz attended New Trier High School and later joined the University of Iowa and graduated with an undergraduate degree from there. Similarly, she has also majored in journalism and political science.

Liz has worked with numerous publication such as Tribune, National Enquirer, In Youch, US Weekly, etc. Likewise, she has her own column, LA LA Liz while working for Splash Magazine.

Moreover, she worked with Townhall, a conservative website Townhall from 2016 to 2018. As per some sources, she was dismissed because of her beliefs in sex trafficking.

Furthermore, she is also an author and published a couple of books until now. However, she is known for her book, Malice as she has reflected her experience with her ex in the book. Throughout her career, she has worked with many other authors such as Claire Shipman.

The Award-winning author of Malice, Liz previously dated Mallory Hills, who was 22 years older than her. The pair met for the first time when she was covering some Hollywood Stars in events.

Her former lover, Hill is a wealthy businessman from California.

Liz and her boyfriend Mallory separated after Liz was infected with herpes which she claimed to have transmitted from Mallory.

Crokin fell ill with Meningoencephalitis. Because of her disease, she had to discontinue her job and moved to her parents home to gat good care. Later, she found that the illness of her was transmitted by her boyfriend Hill and broke up with him.

She filed a lawsuit against Hill in 2014 and claimed that he denied to pay the medical bills.

As per her statement, her ex infected her with herpes 2 and refused to pay a penny of her medical bills. Initially, he denied her claim about the STD. Later, the issue pursued to the court and ultimately she won.

However, Hill refused to cooperate and denied to pay. Liz said:

“My ex has not turned over his financial information which our judge has court ordered. He has missed every deadline. So right now we are going through the sanction process. Since he's not turning over court ordered documents this will lead to court fines and/or possibly jail. Also, he is attempting to liquidate his assets. He has five million dollar plus homes. His Michigan home is currently on the market.”

The 40 years old author, Liz Crokin is probably single as of 2019. Previously, she also was in a relationship with her boyfriend, David Hennessey, a Canadian financial consultant. Moreover, the couple was also engaged in 2015.

Liz and David first met at a bachelorette party of her friend in Mexico. The couple remained in touch with each other and started dating after some time.

However, the pair called off their engagement and parted their ways as she is not wearing her engagement ring as of now.

"I was sick over the lies spread about President Trump. I called off my engagement & began covering the election."

Furthermore, she does not share any children with her former boyfriend. Besides her life, she loves to spend her time traveling and dedicating her time on her professional life.

As of 2019, Liz's net worth is around $1 Million which is similar to the fellow presenter, Sophia Minnaert. She earned this lucrative amount of money from her career as a successful journalist.

Likewise, she also adds some of the money to her from her side-profession as an author. As a matter of fact, she is active in the field of journalism since 1990. In an interview with Elitedaily, she mentioned that, "she used to earn a six-figure salary before her illness".

Throughout her career, she has worked with different companies such as Tribune, National Enquirer, etc and earned this mind-boggling money.

Stay tuned with us: Marriedceleb