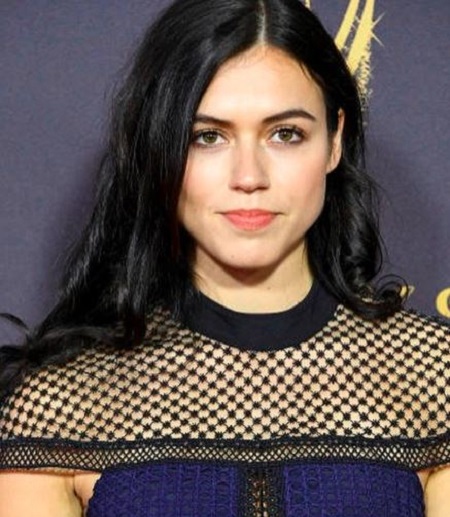 Nina Kiri is a Canadian-Serbian actress who gained a worldwide reputation after portraying the recurring role Alma / Ofrobert on Hulu's TV series, The Handmaid's Tale. In addition, she is known for her role as Gloria in The Heretics in 2017.

Nina Kiridžija was born on September 3, 1992, in Belgrade, Serbia, Yugoslavia. Along with her family members, she moved to Vancouver, Canada. She holds Canadian-Serbian citizenship and belongs to the Caucasian ethnicity. Regarding her education, she attended the Carson Graham Secondary School.

Does Nina Kiri Have Boyfriend?

The 27 years old Nina Kiri is reportedly an unmarried woman. And mostly, she has kept her romantic love affairs very private and out of media attention. Because of her reserved personality, it is still unknown whether she has a boyfriend or not.

There's still no information on the internet about her past relationships with her alleged ex-boyfriends. Now she is seen sharing different images with handsome guys on her Instagram account.

Back on December 1, 2017, Nina shattered the hearts of many fans by uploading the photo with a guy named Jackson. She captioned the post: "We both look Russian and I like it". Later on, she again posted the image of herself with the same person on his birthday special on June 18.

But until now, Kiri has not revealed to the public whether they are actually an ideal couple or not. So for now, we cannot assume that she and Jackson are dating each other.

Working in the media industry for nearly a decade, Nina Kiri is making a suitable amount of money. Although his accurate amount of net worth is not mentioned anywhere, it is estimated to be around $500 thousand. Her main way of earning is her professional career as an actress.

The median income of an actor/performer ranges between $45,000 and $57,000. So Kiri could earn in the same amount or more than average. For now, she must be living a lavish life with her hefty amount of income.

Portrays As Alma / Ofrobert in The Handmaid's Tale

Yes, Nina joined the American dystopian tragedy web TV series,  The Handmaid's Tale, which was created by Bruce Miller. The drama which is based on 1985 novel' by Canadian author Margaret Atwood is originally released on April 26, 2017, by the Hulu network.

Kiri, who made her first acting appearance with Disney Channel TV film Geek Charming in 2011, is now starring as Alma / Ofrobert. Alma is a regular role who was trained with June, Moira, and Janine as a handmaid at the Red Center.

The shows cast members include Bahia Watson as Brianna / Oferic, Max Minghella as Commander Nick Blaine, Ann Dowd as Aunt Lydia, and others. Prior to that, Nina has already acted in a few TV shows like Geek Charming (2011), The Secret Circle (2012), and Supernatural (2012).