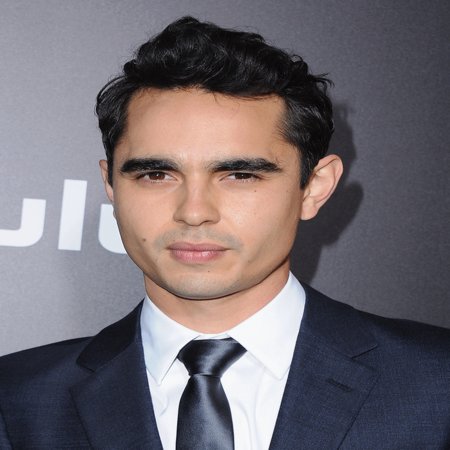 Max Minghella is an English-American actor and filmmaker. Moreover, he started his career in the American film industry with a Bee Season(2005). However, his official career began in 1999 from the short film Toy Boys and Let the Good Times Roll. Furthermore, he is also famous for his work on Art School Confidential(2006), Agora(2009), The Social Network(2010), The Darkest Hour(2011), The Internship(2013), Horns(2013), and many others. Currently, he is working on the television show, The Handmaid's Tale as Nick Blaine since 2017.

The Handmaid's Tale star, Max Minghella was born as Max Giorgio Choa Minghella on September 16, 1985, in Hampstead, London, England. He is the son of Anthony Minghella, a director, and dancer, and Carolyn Jane Choa, a choreographer.  He holds a British nationality and belongs to mixed ethnicity. He was educated at St. Anthony's Preparatory School and University College School in Hampstead. Besides, he also went to Columbia University and graduated in history in 2009.

Well, Max, 34, is in a romantic relationship with his girlfriend. He is dating a young American actress, Elle Fanning. Moreover, the couple started to date each other from August 1, 2018, and still, they are living a happy life. Besides, Elle is 22 years old, so the duo has 12 years age gap between them.

But, the couple seems so deep in love and often appears in the show and event together by holding hands. On the other hand, Max Minghella was involved in three other relations before dating Elle. He was in a romantic relationship with Leigh Lezark from 2006 to 2009.

But, the main reason behind their break up is still unknown. Apart, he also dates Kate Mara from four years from 2010 to 2014. Besides, he was also in a relationship with Eve Hewson in 2015. As of now, he is living a happy life with his girlfriend and family.

Max, 176 cm tall, has amassed a hefty amount of net worth from his career as an actor and filmmaker. Furthermore, his estimated net worth is $3 million which is similar to another actor, Robert Wahlberg. According to Salary.com, an actor/actress in the United States makes $56,502 as an annual salary.

On the other hand, Max earns around $250,000 per season of Handmaids Tale as an actor. Apart, the movie, The Social Network where he appeared has collected $224.9 million over the budget of $40 million. As of now, he is living a happy life with his girlfriend in the United States of America.

The talented and outstanding actor, Minghella's career indirectly began from his father's film Cold Mountain. But, his professional career began in 2005 from film Bee Season. However, in 2010, he appeared in the film The Social Network about the origins of Facebook. Moreover, he played the role of Divya Narendra, one of the Harvard upperclassmen who sue Mark Zuckerberg for stealing the idea behind Facebook.

He worked in the movie along with Jesse Eisenberg, Dakota Johnson, Trevor Wright, and many others. Apart, he also appears in many American films like Art School Confidential(2006), Agora(2009), The Darkest Hour(2011), The Internship(2013), Horns(2013), and many others. Besides, his television career began in 2013 from showing The Mindy Project. Currently, he is working on The Handmaid's Tale in the role of Nick Blaine since 2017.