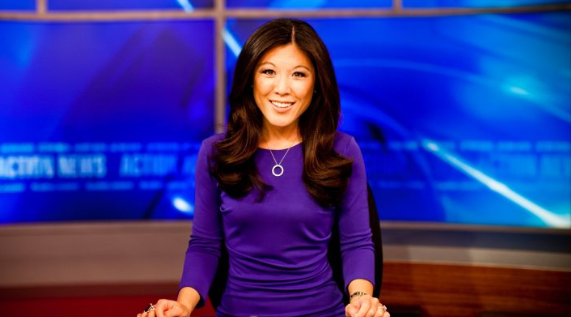 Who is Nydia Han?

Today we are going to talk about an Emmy award-winning journalist Nydia Han who is working at 6abc as consumer investigation reporter. The star also covers the news as an Action News anchor and has also served with KTRK-TV, KOCO-TV, and KIFI-TV.

She is dedicated to exposing scams and encouraging the businesses and agencies to do the right things, trailed her path in the field of media with her brilliant journalism skills.

The first generation Korean-American lady hopes to inspire and know the uniqueness of the United States. Here are all the details about Nydia such as her bio, wiki, net worth, husband and children.

Nydia Han was born on 22 November 1973, in Southern California. Han holds American nationality and carries Korean-American ethnicity. Nydia finished her BSc in Journalism from the Medill School of Journalism at Northwestern University.

After attending her bachelor studies, she focused on International Studies. As per wiki, she is fluent in Korean and graduated from Yonsei University in Seoul, Korea for her further studies.

Nydia is a 6abc's consumer investigative reporter. There are not many details about Han's professional however, we can say she has a very promising career ahead as she has already worked in a handful of a TV program. While focusing on her career, Han has worked in KTRK-TV, KOCO-TV, and KIFI-TV.

Nydia encounters with her soulmate Dennis Reilly led her to stay in Philadelphia. The couple found love in each other, and after dating for years, she and Dennis shared the wedding vows in Napa Valley, California on 4 September 2010.

Together, they share two adorable kids; Sabine Reilly and Harris Han Reilly. Their first child, Sabine was born in April 2012. Later on 4 April 2014, the lovebirds welcomed their second baby, Harris.

In May 2014, during her interview with 6abc, Nydia gushed that she and her husband Dennis have felt blessed to have a baby girl and boy and their family feels complete. The journalist affirmed that her daughter Sabine was excited to have a little brother and loves her so much.

In September 2018, on the occasion of their eighth marriage anniversary, she and her physician husband celebrated their big day in New York City. Her husband Dennis took her to the concert of English singer, Ed Sheeran.

The family of four, residing in Philadelphia, beamed during Christmas in December 2018. Nydia took her social media to flaunt the picture of her adorable family and wished Merry Christmas to her followers and admirers.

Nydia is an Emmy-winning journalist who is working at 6abc as a consumer investigative reporter and troubleshooter. As per some of the reliable source, the employees of 6abc earn the average salary of $78,593 per year and their annual income range from $61,453 to $91,938.

The Koran-American lady is also the co-anchor of Action News Sunday mornings and a creator of documentary series, #ThisIsAmerica from where she earns a hefty amount of money. Han spends most of her net worth in exploring new places with her family and children.