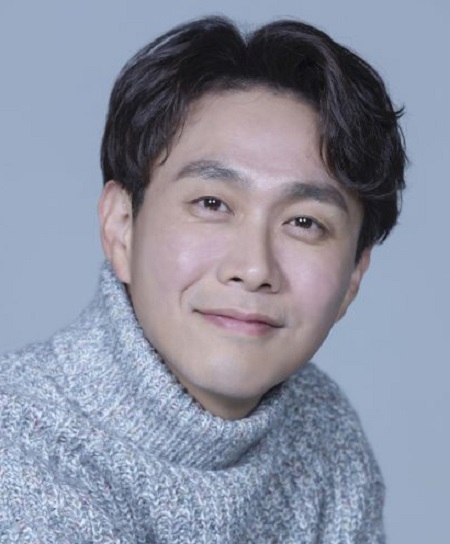 If you keep watching Korean dramas then Oh Jung-Se isn't a new name for you. Well, he is a South Korean actor and a stage actor who has been performing in various onscreen recurring and supporting roles over the past few years. He is known for his roles including Kang Hyun Joon in A Beautiful Mind (2016), and as No Gyu-Tae in When the Camellia Blooms (2019).

The TV star Oh was born on February 26, 1977, in Uiryeong-gun, South Korea. As per his citizenship, he is South Korean whereas his ethnicity is Asian. As per his education, he studied at Sun Moon University campus in Asan, South Korea with a major subject in mass communications.

Got Married To His First Love

People say first loves don’t work out in the end but in the case of South Korean actor, Oh Jung-Se, it works. He met his future wife, Ahn Hee Sun who used to work as an English instructor in elementary school back in 2006. And since then they lead a happy life together.

Oh stated that his teacher once told him to become partners with someone he liked. So, he dedicated himself to pairing up with his classmate, Ahn. And then he proposed to her after long hesitation when they were in 6th grade. He said: ‘Will you marry me?’ to Sun and happily the answer was yes.

During their dating period for 19 years, they had one broke up just three months. Despite being of the same age, they couldn't let each other so easily. Thus, after nearly two decades of love romance, Oh, aged, 43, and Ahn, aged 43, tied the knot in 2006.

Now, it's been 14 years that Jung-Se and his partner Hee Sun are happily wedded. Further, the wife and husband are blessed with two children, a son and a daughter, Oh Si-Yeon.

Net Worth and Earnings of Oh Jung-Se

Working as a film and TV actor in Korean films and dramas, Oh Jung-Se must be making a suitable amount of money for himself. As of early June, his total net worth is assumed to be around $1 Million. The primary source of his earnings is his acting work.

Added to that, he starred in one music video named Lucky by singer, Kim Hyun-Joong in 2011.

Jung-Se who started his acting career in theater has made appearances in various TV shows and movies as well as. To date, he has acted in films like Ghost House, You Are My Sunshine, Between Love and Hate, Paradise Murdered, Perfect Game, Man on High Heels, Life Risking Romance, Rosebud, etc.

His latest movie is Call where he played the role of Sung-ho. Moreover, he performed in TV shows such as Tazza, Marry Him If You Dare, The Vampire Detective, Touch Your Heart, When the Camellia Blooms, Hot Stove League, and more.

Likewise, he stars in the trending healing drama It's Okay to Not be Okay (IOTNBO) as Moon Sang-tae in 2020, alongside Kim Soo-Hyun and Seo Yea-Ji. His latest TV drama is The Good Detective.