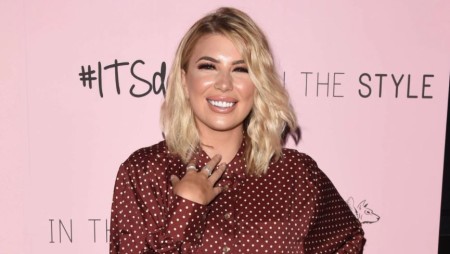 Olivia was born on January 3, 1994, in England, the United Kingdom. She grew up with her two siblings; a younger sister and an older brother in Chelmsford, Essex. Olivia's mother is Sarah Allen and her father is Gary Buckland. Since an early age, Buckland developed an interest in creative designing so she studied photography, textiles and fashion A-levels at college.

The 26-year-old, Olivia Buckland exchanged her wedding vows with Alex Bowen (29) on September 15, 2018. Their marriage ceremony took place at Gosfield Hall in Essex. Over 100 guests were present at their wedding including celebrity friends. Alex stunned the crowd by turning up in a helicopter, while Olivia was in tears. Unlike her, Love Island's presenter, Laura Whitmore is engaged.

The couple first met in 2016 on ITV2 dating show, Love Island. They instantly connected and after six months of dating, the reality couple got engaged in December 2016. The pair went to Sri Lanka for their honeymoon and has travelled a lot of places like Greece, Barbados, Dubai for vacation. Additionally, Olivia and Alex were the first Islander couple to get married.

TLC Network documented their married life through the couple's own reality series, called Olivia and Alex Said Yes and Olivia and Alex: Happily Ever After. As of now, the reality star couple has been married for over two years. Do they share any kids?

No, the pair doesn't share any kids. Talking about starting a family, Alex revealed he wants to be a young father, while Olivia is in no rush to have a baby. Meanwhile, they share two French bulldogs named, Reggie and Winnie. Recently, they got a horse named, Dolly. After Love Island, Olivia and Alex are working on expanding their business. Let's know what are they working on.

Olivia and her husband, Alex has a combined net worth of $5.5 million as of 2020. One of the popular reality stars, the couple amassed such impressive wealth from their tv shows, clothing line, and magazine deals. As per reports, they secured a lucrative $32,000 magazine deal. Additionally, Olivia and Alex are the founders of a clothing line called, Exempt Society which is said to bring in over $1 million a year.

As a television presenter, Oliva landed a presenting gig for a daytime tv show, This Morning where she received $250,000 as salary. Likewise, she launched a honeymoon capsule collection for Quiz and earned $250,000. Amber Rose Gill who won the season 5 of Love Island has a net worth of $1 million.

As a model, Olivia serves as an ambassador for different brands such as W7, Skin Republic, Batiste, Eleventh Hour Beauty, and many more. Meanwhile, her spouse, Alex has modelled for BoohooMan and Gym King. Similarly, he earns $645,000 a year from the PA circuit. Do you know the pair was listed on the Heat magazines Under 30 Rich List in 2019?

Olivia is also very popular on social media platforms. She has over 2.5 million, while Alex has 1.6 million Instagram followers as of October 30, 2020. As per The Mirror, the pair reportedly earns around $2,500 per Instagram post.