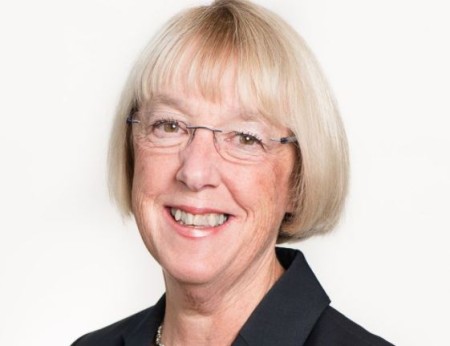 Patty Murray is an American politician who is serving as the senior United States Senator from Washington since 1993. The third most senior Democrat, Murray, is the first female U.S. senator of Washington. Also, she is a Democrat and has previously served as chair of the Democratic Senatorial Campaign Committee.

Before becoming a politician, Murray was a preschool and a parenting teacher. Also, she has been a longtime advocate for environmental and education issues. Apart from having a professional career, Patty also has a joyful married life.

Patricia Lynn Johns Murray was born on October 11, 1950, in Bothell, Washington, the United States. She is 69 years old as of 2020. Patty was born to parents David L. Johns (father) and Beverly A. McLaughlin (mother). Her father was a World War II veteran and was awarded a Purple Heart. He later became disabled by multiple sclerosis. Meanwhile, Patty's mother was an accountant.

Murray has Welsh, Irish, Scottish, and French-Canadian ancestry. One of seven children, Patty, attended a local Catholic School. Later, she graduated with a Bachelor of Arts degree in physical education from Washington State University. After graduation, Murray worked as a preschool teacher for many years.

The senator has been longtime married to her husband, Rob Murray, since 1972. Patty met her future husband while she was volunteering at the Seattle Veterans Hospital. She has just left for one semester at Washington State University. Rob worked for 15 years as a computer-systems director at Stevedoring Services of America.

Patty and her spouse, Rob, share two adult children, a son named Randy and a daughter named Sara Murray. There is not much information about the kids, but Sara works as a public defender.

Murray and her spouse reside in Whidbey Island, whereas their children are perfectly happy with their own lives.

There is no additional information, but Patty and her husband has several investments and stocks in a few companies. Patty received additional earnings as bonuses and sponsorships as well. Like Murray, Jeanne Shaheen, and Maggie Hassan are the only two women elected as both governor and senator in American history.

The first woman from Washington elected to the U.S. Senate, Murray has been a champion for women and families. She has spearheaded efforts to close the pay gap, protect women in retirement, and increase access to child care.

Senator Murray talking about the government's response to corona-virus!

Murray helped write and pass the historic Violence Against Women Act of 1994 and helped reauthorize it in 2000 and 2005. After the government shutdown in 2013, Murray worked actively to restore investments in education, health care, and jobs.

In 2012, the Women's Law Caucus at Seattle University School of Law presented its Woman of the Year Award to Murray.