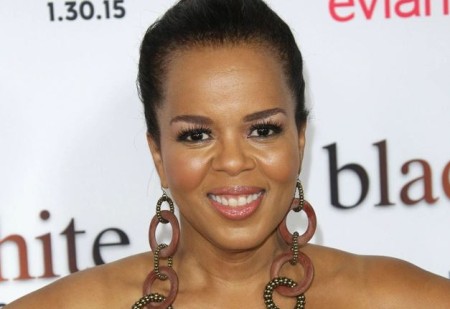 Paula Newsome is an American actress best known for her roles on television shows like Chicago Hope, Law & Order, Ally McBeal, NYPD Blue, Heroes, and Criminal Minds. Her most notable guest appearance role was in ABC's legal thriller series, How to Get Away with Murder.

Paula Newsome was born on October 7, 1961. Recently, she celebrated her 59th birthday. Also, she grew up with two sisters in Chicago.  Paula has mentioned about her father, Dr Max D Newsome, who was also a war veteran. Further, she received her Bachelor's degree from Webster University's prestigious Conservatory of Theater Arts in Missouri.

Paula Newsome Married or Not!

When it comes to her personal life, Paula is a secretive woman. For years, she has successfully kept her relationship status private, but it is known that Newsome is single. Also, she is not married currently and doesn't have a partner.

Paula has never mentioned whether she previously had a husband or not. She hasn't shared much if she has dated any co-star or not. Newsome likes to spend as much time with her friends and families.

The Barry actress has never been spotted with any man who can be said as her potential partner. On-screen she has portrayed the role of married woman and lover, but in real life, Paula enjoys her singlehood.

Paula Newsome, a renowned actress who has worked on numerous movie hits and TV shows, has an estimated net worth of $500,000. She has been working in the entertainment industry since 1991.

Watch Paula Newsome talking about the movie Black or White!

The average salary for actors ranges somewhere between $38,832-$187,322. Meanwhile, the earnings depend upon the actor's experience, ability, show's ratings and production budget. Newsome has appeared in a few successful movies that earned an excellent revenue at the Box-Office. Here, take a look:

Newsome is most known for her unbelievable performances on stage as well. In the late 1980s and early 1990s, Paula became active in numerous stage productions. While acting In New York, she played an award-winning role as Billie Holiday in Lady Day at Emerson’s Bar and Grill.

Paula made her film debut with a small role in the 1992 movie Straight Talk. After that, she gazed at several other TV shows such as Chicago Hope, Law & Order and Heroes. Newsome has guest-starred in a popular show like Grey's Anatomy, where actors such as Katherine Heigl, Martin Henderson, and Camilla Luddington has also worked.

In 2018, Newsome appeared as Detective Moss in the first season of HBO's dark comedy crime tv series, Barry. In 2019, she appeared as Caroline Charles in seven episodes of Chicago Med. She also appeared in NBC drama pilot, Suspicion.