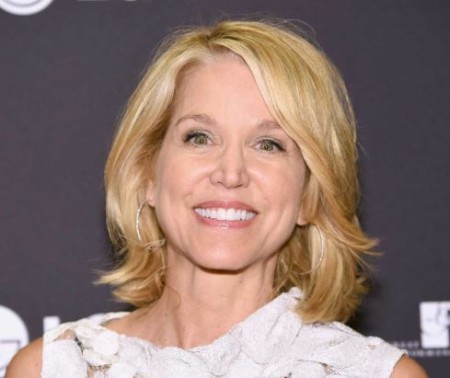 Paula Zahn is an American journalist best known as the producer/host of a true-crime documentary series, On the Case with Paula Zahn on the Investigation Discovery channel. Previously, she has worked for ABC News, CBS News, Fox News, and CNN as an anchor.

Paula Ann Zahn was born on February 24, 1956, in Omaha, Nebraska, the United States. She is 64 years old as of 2020. Paula grew up in Ohio with her three siblings. Her father, Norm, was an IBM sales executive, while her mother, Betty, was a school artist/teacher.

While in high school, Zahn competed in several beauty pageants. She made it to the semi-finals of the 1973 Miss Teenage America Pageant. Zahn graduated with a Bachelor's degree in journalism from Stephens College in Missouri.

Paula was married to a New York City real estate developer, Richard Cohen. The anchorwoman and her former spouse tied their wedding knots in 1987. They raised their three kids with Cohen's Jewish faith.

Paula and Richard has three children, a daughter, and two sons. Their first child, Haley Cohen, was born in 1990, while Jared and Austin were born in 1993 and 1997, respectively.

Divorce after 20 years of Marriage

Everybody was shocked when Paula and her husband of 20 years decided to separate back in 2007. The news of their divorce became a hot topic for the media scandal. As per reports, Paula had an extra-marital affair with Paul Fribourg, who happened to be a mutual friend of both Cohen and Zahn.

Paula and Richard never commented on the reason behind their divorce. It was said that Richard found a diary where his ex-wife had detailed about the acts of her infidelity. Likewise, a source close to Zahn revealed that the lack of intimacy led her to be in another man's arms.

On August 24, 2007, Zahn filed a case against Cohen demanding around $25 million in earnings. As per reports, she handed her financial ventures to Richard before marrying him in 1987. Zahn's attorney claimed that she sought the amount for her own financial security.

After the divorce, Richard and Paula spent some time together with their kids. Since then, the former ABC News anchor has never been married. It is no surprise that many celebrities couple split after finding their other half's infidelity. A renowned Fox News face, Jeanine Pirro separated with her spouse after his illegitimate relationship.

An accomplished musician and television journalist, Paula Zahn has a net worth of $18 million as per celebrity net worth. A major portion of her earnings came from longtime association with the country's high profile television networks. While working for ABC, CBS, Fox, and CNN, Zahn earned an annual salary of over $72,432.

At present, Paula is the host and producer of a true-crime documentary series. Her show is the first series to reach 100 episodes on Investigation Discovery. She has been active in the journalism industry for nearly 50 years. There is no doubt that Paula had amassed a great amount of fortune. Meanwhile, young reporters such as Deirdre Bolton earn around $65,121 per year.

Apart from being a famous television person, Paula is also recognized for her contribution to cancer research. Her father and mother both were diagnosed with cancer. Besides her parents, Paula's sister in law and aunt was also diagnosed with myeloma.

Paula is an honorary board member of the Multiple Myeloma Research Foundation. She is an active advocate for cancer awareness among women.