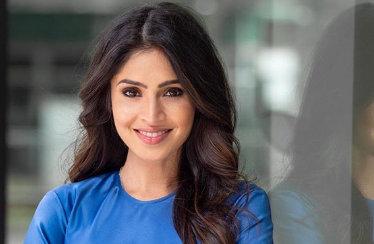 Payal Kadakia is a well-known American entrepreneur and CEO. She is the co-founder and CEO of "ClassPass," which is a gym-like membership to offer users access to various type of fitness classes. Besides, she is also the owner of a dance troupe, Sa Dance.

Married With A Lawyer- Nick Pujji

After being successful in her professional life, she focused on her love life. So, she is a married woman as of 2019. Payal Kadakia tied the knot with Nick Pujji, a lawyer on 30 May 2016.

The couple is married for over three years and is living happily with each other. How did they meet? Well, the couple first met in 2014 at a close friend's Super Bowl Party in New York.

After three years of their marriage, the pair seems to be ready for parenthood and on 14 September 2019 she announced that she is expecting a baby boy by posting her pregnant picture on her Instagram.

Not to mention, she has had a grand wedding ceremony which is as magnificent as her success in her career. Likewise, their marriage ceremony was not finished in one day, but it spanned over several days with several events, and the two of them were wedded in the presence of their families, friends, and other well-known personalities.

Moreover, their marriage ceremony was successfully executed in an incredible Indian style at the luxurious Pelican Hill Resort. As per some sources, she also danced for her spouse, Nick, which was choreographed by her.

Furthermore, the bride was looking beautiful in her red wedding Lehenga with a lot of shiny and attractive ornaments. Similarly, the groom was also looking handsome in his white-golden wedding Sherwani.

Not only an entrepreneur, but she is also a revolutionary person who changed the way of people finding and registering fitness class. As a matter of fact, she is one of the well-known businesswomen in America, such as Elizabeth Holmes. Currently, she is the CEO and executive chairman of the company, which raised $173 million from outside investors.

Similarly, more than 45 million classes have been reserved through ClassPass, and its current market value is over $500 Million. So, being the CEO of such a massive company, Kadakia's net worth is around $50 Million in 2016. Probably, her net worth as of 2019 might be around $100 Million, which is similar to another entrepreneur, Kristina Sunshine Jung.

Similarly, she is also the owner of Sa Dance Company and must be earning a decent sum of money from it too. It's been eight years since the formation of ClassPass, and she managed to make $100 Million as her net worth. Looking at her hefty sum of fortune in such a short period of time, her yearly income is estimated at around $12.5 Million.

However, she has not revealed her lifestyle, houses & cars to the public. But, we can assume that she might be living a lavish lifestyle with her earnings and net worth.