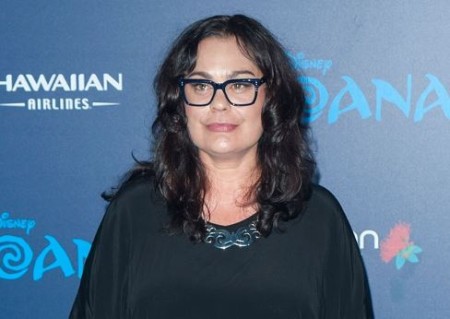 Rachel House is one of the few established actresses who was appointed as an Officer of the New Zealand Order of Merit for her services in the performing arts. The New Zealander actress is also a director and acting coach. She has appeared in blockbuster films such as Hunt for the Wilderpeople, Moana, Thor: Ragnarok, etc.

House was born as Rachel Jessica Te Ao Maarama House on October 20, 1971, in Auckland, New Zealand. She is 48 years old as of 2020. Her adoptive Scottish immigrant parents, John and Sheila House, raised her in Kamo, Whangarei, at the top of the North Island. Rachel has mixed ancestry of Maori and European/Pakeha.

Why Rachel House prefers to be single?

At the age of 48 years, the multi-talented actress hasn't tied her wedding knot yet. She is still single and has never been married. House prefers to live a single life and isn't interested in starting a family. Besides, she is extremely busy in her profession as a theatre, film, and television artist. Additionally, Rachel hasn't shared anything about her past affairs and relationships.

Rachel might have dated a few men in her younger days, but there is no information available about her ex-boyfriends. She has been active in the entertainment industry for the past 28 years, and still, she is working. Therefore, it seems that Rachel is happy with her singlehood.

House who graduated from the New Zealand National drama school began her career from the theater. In 1995, she won her first award as the Most Promising Female Newcomer, and later she won several awards. House has worked in numerous major productions plays that has been successful both nationally and internationally.

Further, House has also directed many stage plays. She won the 2001 Director of the Year award for directing a play called, Have Car Will Travel. In 2016, she directed the Silo Theatre's production of Medea.

House's notable movie credits include White Lies, Hunt for the Wilderpeople, Moana, Thor: Ragnarok, etc. Similarly, some of the television shows in which she has appeared are Super City, The Blue Rose, Wolf Creek, etc.

As mentioned, Rachel House is a well-known name among her contemporaries. With a nearly three-decade of career, she has established herself as a proficient performer. To date, Rachel has won many awards for acting and directing. Just like House, another famous stage director is Susan Stroman.

For her contribution to the performing arts, Rachel received the New Zealand Arts Foundation's Laureate Award in 2012. Likewise, she was appointed as ONZM in the 2017 Queen's Birthday Honours.

As an actress, acting coach, and director, Rachel House has amassed a net worth of $5 million as of 2020. The contribution to her earnings goes to the long professional journey in the performing arts. Thanks to her multiple skills, House earns over $200,000 per year.

Take a look at some of the movies which collected an excellent revenue at the Box Office.

House still has a few projects coming on both small and big screens. Therefore, she will earn even more in the future. In early 2020, she appeared as Harriet in the Australian series, Stateless alongside Helana Sawires.