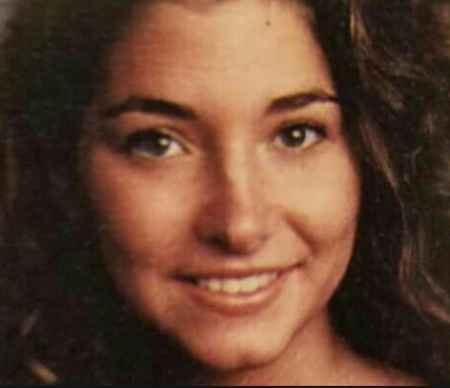 Rebecca Soteros is famous as the ex-girlfriend of the late American actor Paul Walker and the mother of their only child Meadow Rain Walker.

Akin to that, after Walker's death, she now lives a private life in California with her child Meadow.

Rebecca was born in 1974 in the United States. Currently, she is forty-five-years-old. She is the daughter of Mark Soteros and Julie Ann Soteros. She grew up with a younger brother named Joshua.

Rebecca met Paul while she was in California when Paul was already pursuing his television career as a young artist. He was also starring small roles for TV commercials.

The duo further started to date in 1998. Rebecca wanted to get married to Paul, but he declined due to his tender age.

After months of dating, she got pregnant with Meadow in March the same year, she approached him again but, Paul went away from the commitment stating his immaturity to bring up the child. During the time, he was only 25.

Have a look: Stefano Catelli

The pair moreover welcomes their only child, Meadow Rain Walker on November 4, 1998. Famous star Vin Diesel is Meadow's godfather. Similarly, she relocated to Hawaii with her little baby taking up a job as a teacher.

Meadow, however, got along with her father after her twelfth birthday. She went to stay with him in California due to her mother's addiction to alcohol. She made efforts to persuade her parents to get married but failed in doing so.

The Fast and the Furious star, Paul Walker's Death

Back on 30th November 2013, Walker and Rifer Rodas went for Walker's charity Reach Out Worldwide for victims of Typhoon Haiyan. After returning from the event, their car was crashed into a concrete lamp post and later burst into flames.

Currently, Rebecca is single and is living with her daughter in California. After Paul's death, Rebecca took up to take over her child's custody.

Rebecca finally won the custody after she went to rehab. Later, she moved to California with her kid.

Earlier, Soteros was a school teacher in Hawai. Her earning was expected to be over $60,000. As of now, she gets the custodial indemnity for her daughter.

Paul left aside a bulky amount of over $10 million and a mansion to her daughter.

Soteros' ex-boyfriend Walker had a net worth of over $45 million before his death. Rumors claimed that Paul's longtime girlfriend Jasmine Pilchard-Gosnell could be the rightful owner to the fortune.

Currently, Rebecca and Meadow are involved in Paul's philanthropic trusts and charities.