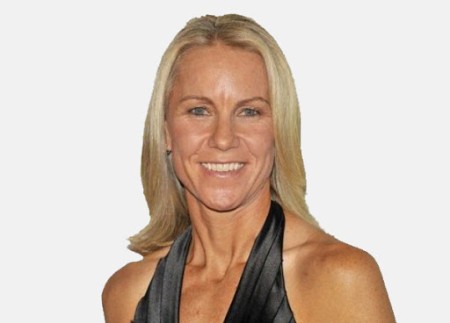 Rennae Stubbs, as a Grand Slam-winning tennis player, represented her home country Australia at four Summer Olympic Games. In 2000, she was ranked #1 in doubles. Now in her late 40s, Stubbs works as a tennis coach, commentator, and podcast host.

Stubbs was born on March 26, 1971, in Sydney, Australia. The 49-year-old retired tennis player is the longest-serving member of the Australian Fed Cup team. In 2006 she publicly came out as a lesbian.

No, Stubbs has never been a married woman. Being a lesbian, the tennis superstar constantly face rumors and media speculations. However, Rennae is in a romantic relationship with her girlfriend, Eden Bruce.

Eden is one of those persons who came into limelight for being in a relationship with a celebrity. She started dating Stubbs in late 2018. The couple hasn't revealed if they will marry soon.

Over the past few years, many countries have been open to same-sex relations and marriage. Likewise, Rennae and Eden are open about their romance on public and social media.

Due to the global pandemic of COVID-19, the couple is physically distant. But that hasn't affected their love and communication. On May 30, 2020, Rennae wished Eden a sweet birthday message. Two months later, Eden expressed how she felt having been far from each other.

Not everyone knew but back then, Rennae and her former double partner, Lisa Raymond, dated secretly off the court. The former pair were in a relationship from the mid-90s until the early 2000s. Their romance became public once Stubbs came out as a lesbian in 2006.

Rennae and Lisa won several grand slam titles and WTA championships. They were even named ITF World Champions after winning the 2001 WTA Championship. Even they are no longer together, Rennae and Lisa are on good terms.

After breaking up with Raymond, Rennae began dating a former American softball player in 2004. They might have broken up in early 2010.

From a celebrated tennis player to a successful television personality, Rennae Stubbs has managed to accumulate a net worth of $5 million. At present, she earns over $43,248 as a coach and commentator.

Stubbs works as a full-time commentator for ESPN tennis. Likewise, she is the host of a podcast called The Racquet Magazine. She has interviewed Serena Williams.

From 2018-2019 Stubbs was coach to Czech professional tennis player, Karolina Pliskova. Stubbs joined the coaching team of Samantha Stosur in 2019. The pair will continue in 2020 as well.

Achievements as a Player

In her account, Stubbs has more doubles wins than any other Australian woman. In 2000, she was #1 in doubles, and during her career, Stubbs won six grand slam titles.

Serena Williams and Rennae together in court!

Stubbs played professional tennis from 1992 until 2011. She is the longest-serving member of the Australian Fed Cup team.